IN DEPTH
The use and cultivation of cannabis in rental units

The people have spoken, and there are two sides of the coin. At Bornstein Law, our role is not to evaluate the merits of Proposition 64, but to manage landlord-tenant relationships and protect the interests of rental property owners whether they want to ban cannabis in their dwellings, or they condone its use. Irrespective of the owner's stance in favor or against legalized marijuana, there are legal considerations for both camps we will cover here. 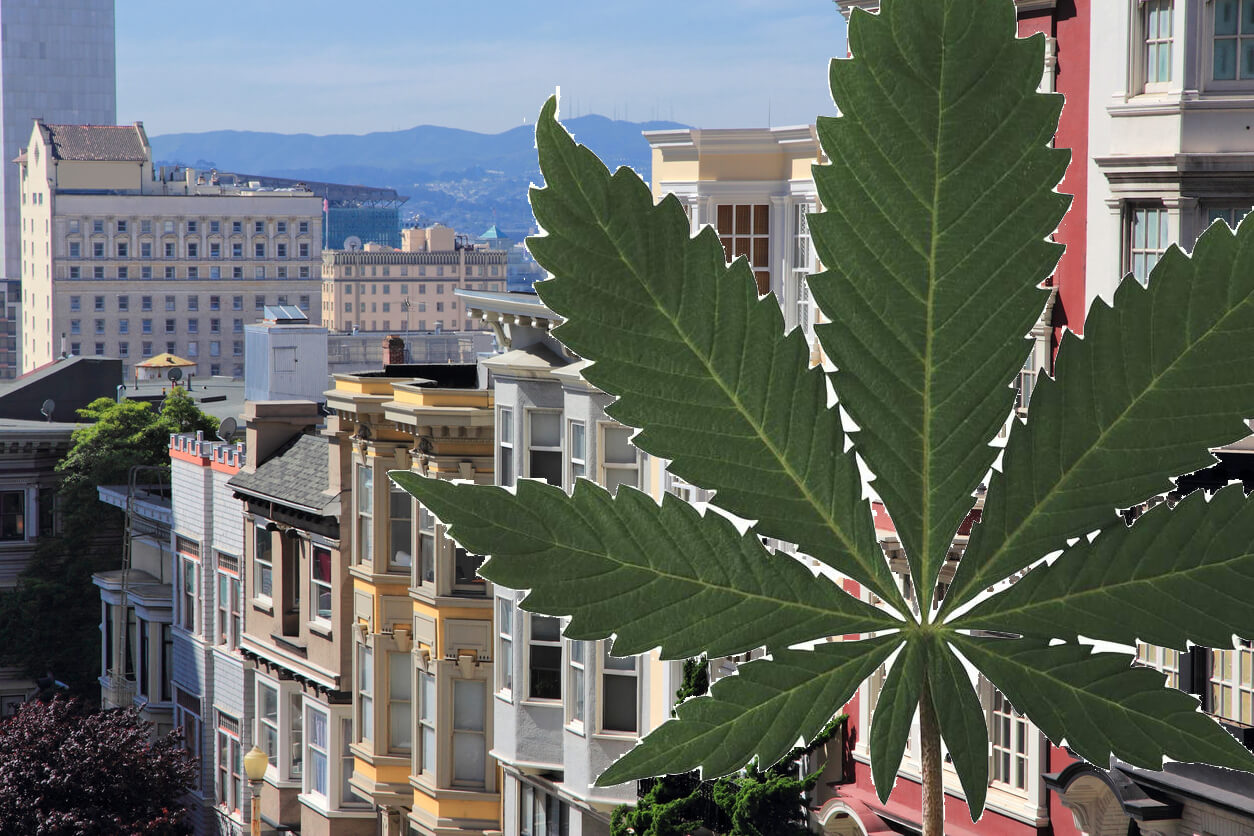 Although California has given adults the green light to ingest marijuana and grow it at home, Bay Area residents have another hurdle to jump – landlords.

With recreational use of cannabis the law of the land, many landlords and property managers are trying to understanding this budding topic and what it means for their rental business.

Many owners are aghast over the possibility their rental units are going up in a plume of smoke, but even more concerning to them is finding a dwelling that has been converted into a pot farm.

More often than not, landlords aren’t looking to police what residents do in the privacy of their apartments, but smoking weed can affect neighbors and give rise to a nuisance complaint, especially in the close quarters of a multi-unit dwelling. Growing plants is no better. They, too, create a stench, become a breeding ground for mold and rack up high utility bills.

A fundamental responsibility of rental housing providers is to provide quiet enjoyment of the premises. Foul odors, noxious gases, smoke, dust, loud noises, excessive light, high temperatures and the like all violate this covenant.

Although Proposition 64 legalized recreational use of marijuana in California with several limitations, the possession, distribution and use of marijuana is prohibited under Federal Law (Controlled Substances Act) 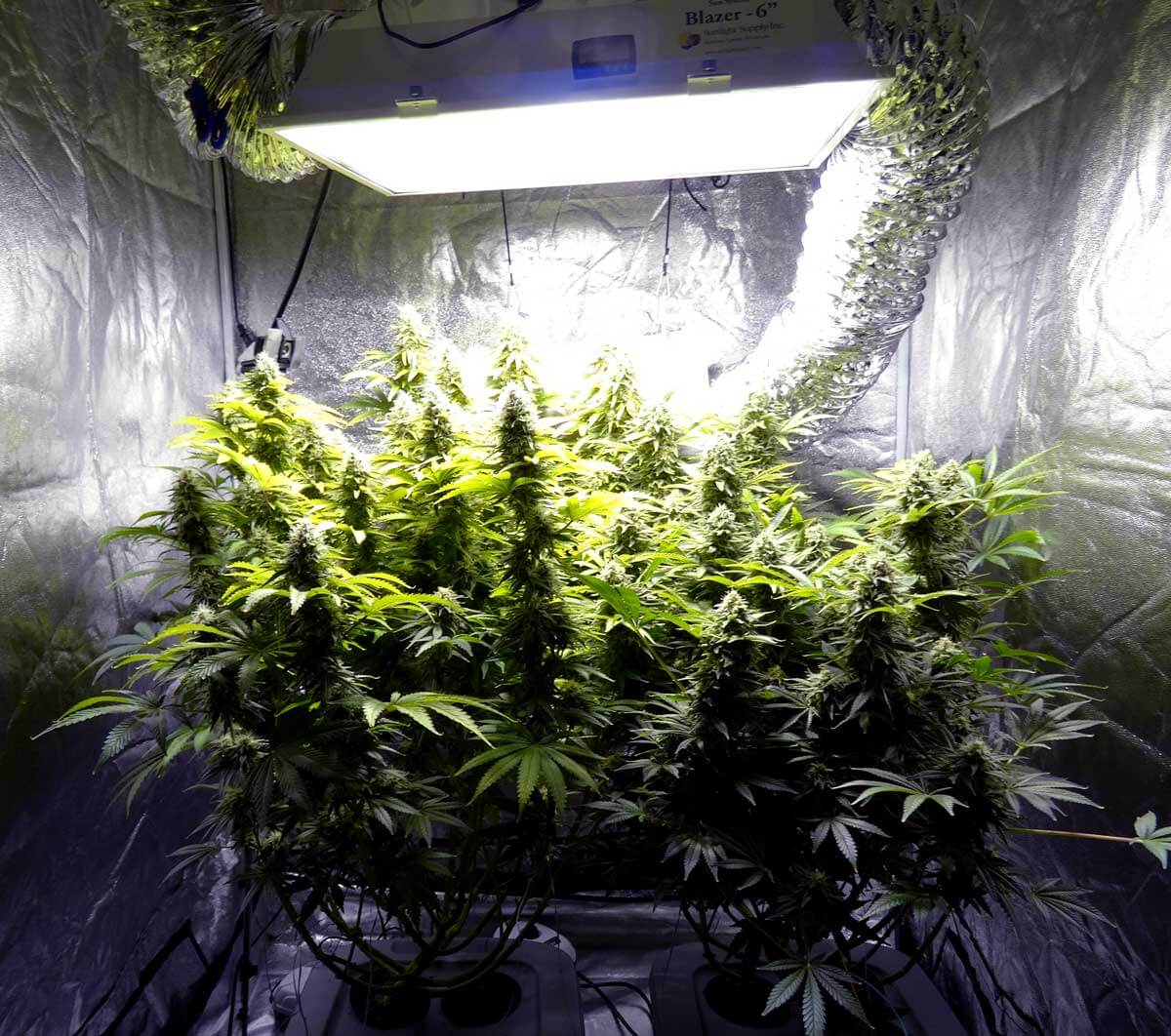 Civil Codes allow residents to engage in “personal agriculture” in portable containers approved by the rental unit owner in a “private area”, but Civil Code Section 1940.10(a)(3) notably excludes any unlawful crops or substances. Bay Area landlords, then, are on solid legal footing in prohibiting the cultivation of marijuana. Owners can also put the kibosh on smoking cannabis, just as they can ban cigarette smoking.

Sometimes, however, landlords will encounter tenants who claim that the usage or growing or cannabis is allowed for medical purposes. It’s worth noting that Proposition 64 did not meddle with California’s medical marijuana laws. If you have a tenant that is asserting a right to use or cultivate marijuana in your rental unit for therapeutic reasons, please contact our office, as this raises issues related to disability-related accommodations and becomes a little murky. For the time being, we’ll move onto the more mundane.

A properly written lease can kill the buzz

Renters can be prohibited from using or growing pot by including the rule as a clause in the lease. A common theme of our practice, however, is modernizing stale, deficient leases, and this may be one such area - "smoking" is often defined specifically by "tobacco" products. Assuming that your lease bans the smoking of cannabis and the tenant claims that they can smoke marijuana because it is legal, you can kill the buzz by reminding them that the ironclad lease makes the state law irrelevant. 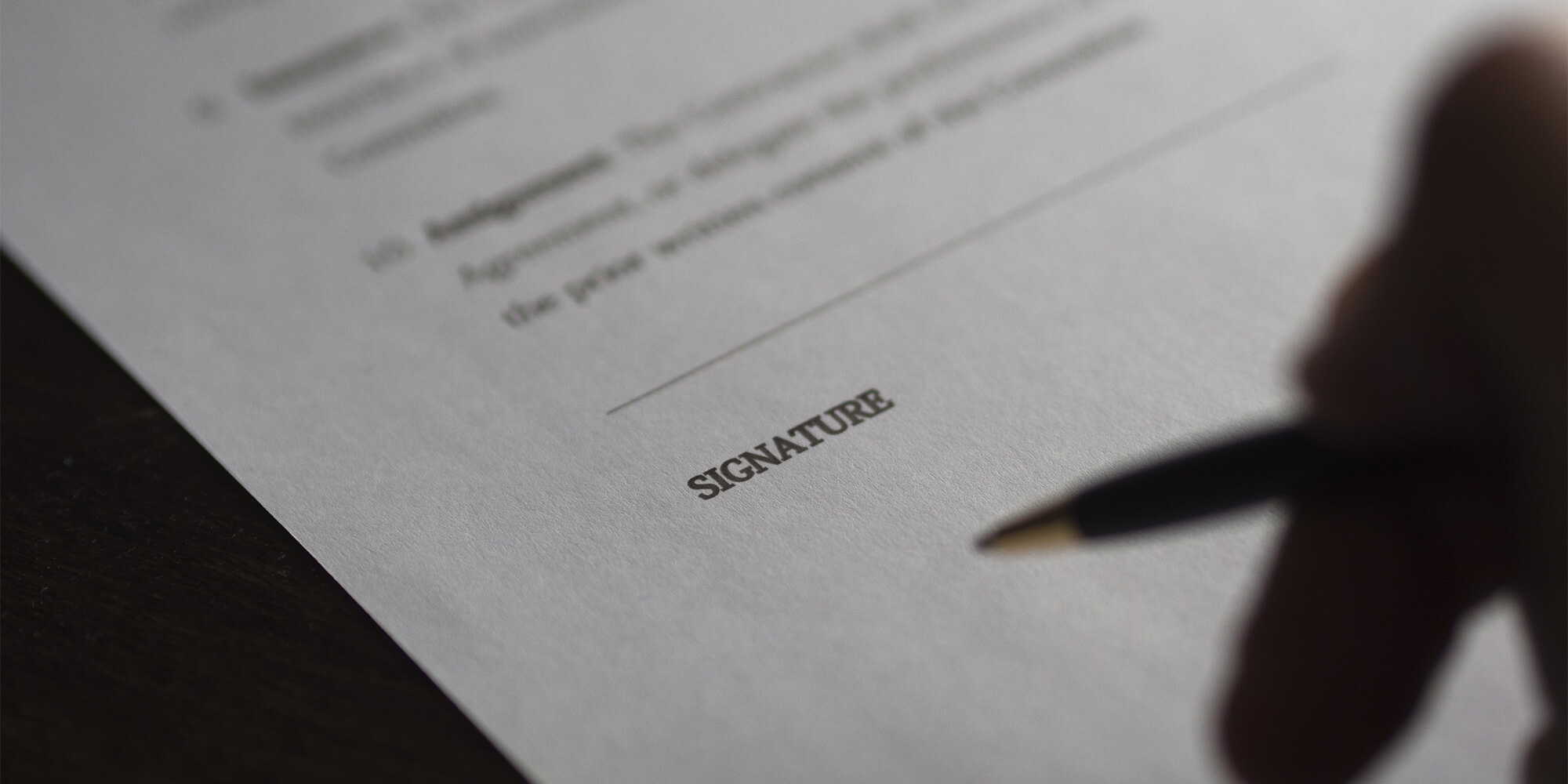 Years ago, the issue of smoking in multi-unit homes forced landlords to serve as a referee between smoking tenants and residents with asthma or children that were inhaling the smoke. These issues, with help from the anti-smoking revolution, made it routine for landlords to legally include clauses in the rental agreement hat prohibited smoking. With Proposition 64 being ushered in, leases should be reexamined to ensure similar provisions ban cannabis use and cultivation.

Changing the terms of the tenancy is an altogether different topic requiring specialized documentation and notice to the tenant, but suffice it to say Bornstein Law can assist in this regard.

In addressing the prohibited use or cultivation of cannabis, landlords can use a two-by-four or a feather. Usually a court will be in favor of allowing the tenant to cure the defect, and so we often recommend serving a 3-Day Notice to Cure or Quit, perhaps suggesting edibles or alternative places to smoke their vegitation.  If the tenant’s smoking or growing of pot does not cease within three days, an unlawful detainer action can be commenced.

If multiple tenants are bothered by a tenant that has an affinity for marijuana, the better your chances of prevailing in an unlawful detainer action. We have always been a stickler for documentation, and so we advise owner to chronicle all communication with the toking tenant and their perturbed neighbors.

In the eventuality of an unlawful detainer action, our hard-won experience has shown that not all witnesses are cooperative or put on a stellar performance, so it is important to put a finger on what evidence is present to prove a genuine nuisance. This is especially important in front of jury members that may themselves embrace Proposition 64 and be sympathetic to the smoking resident. 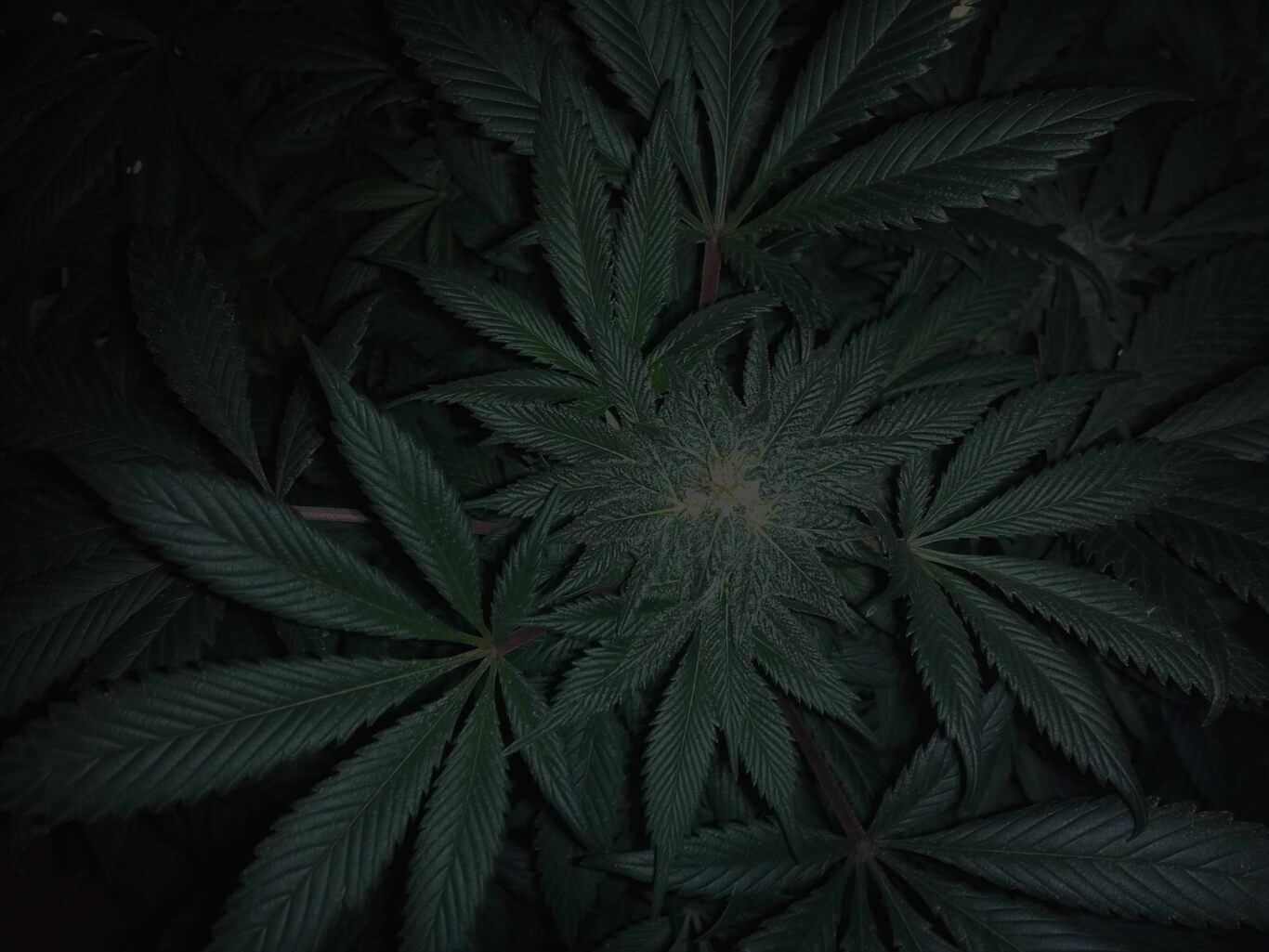 If efforts to cure the defect are exhausted, the landlord can pursue an eviction on one of two grounds, or both – a breach of the lease, or the nuisance that the cannabis use or cultivation creates. Consult an attorney to discuss your options given the unique circumstances of the dispute.

To each their own? Not so fast. Multifamily owners that sided with Proposition 64 need to know that neighbors may not be so forgiving.

Our message to landlords that condone marijuana

In a free society, everyone has the prerogative to do what they enjoy, so long as it is legal and does not interfere with the rights of others. To paraphrase the words of one Supreme Court justice, your right to swing your fist ends where someone else’s nose begins.

Rental property owners and managers that have supported the efforts to legalize the recreational use of marijuana must recognize that other tenants may take issue and are well within their rights to make a claim that cannabis use and cultivation by neighboring tenants creates an interference with their own peaceful enjoyment of the dwelling. In other words, Proposition 64 is not a blank check for landlords that condone tenants taking a toke every now and then.

We remind them of Proposition 65, also called the Safe Drinking Water and Toxic Enforcement Act. Enacted in 1986, it was designed to help Californians make informed decisions about protecting themselves from harmful chemicals.

Prop 65 requires businesses to warn about exposure to carcinogens, and marijuana is one such agent - in 2009, it was added to the list of chemicals that cause cancer.

If you are tolerant of marijuana smoking within your rental units, you face big time penalties if you do not give proper warnings under Prop 65. One tenant’s enjoyment of marijuana may be to the detriment of another tenant.

San Francisco landlords should be aware that smoking any plant in any enclosed or unenclosed multi-unit residence common areas is prohibited. 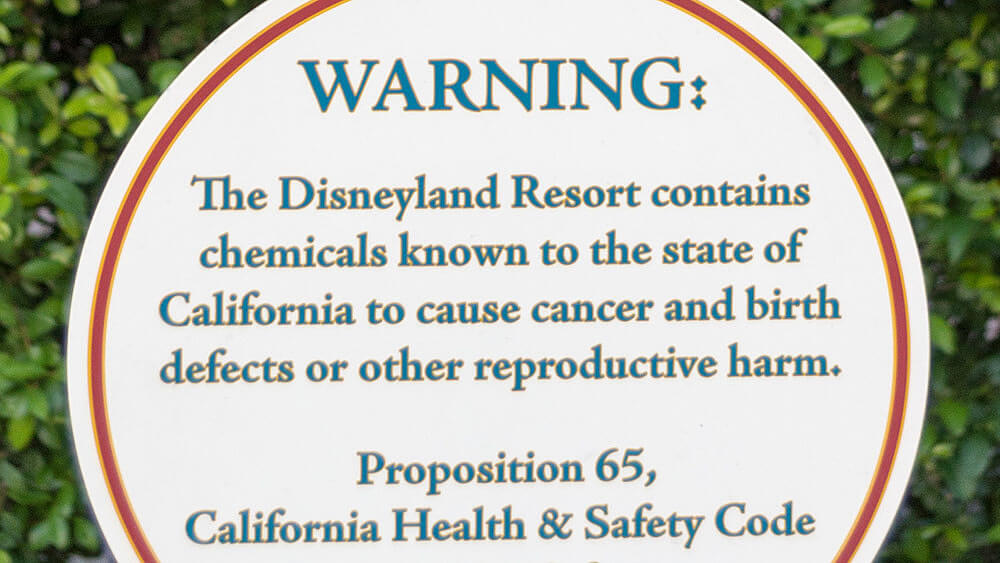