Handling an uptick in subletting and broken leases during the pandemic 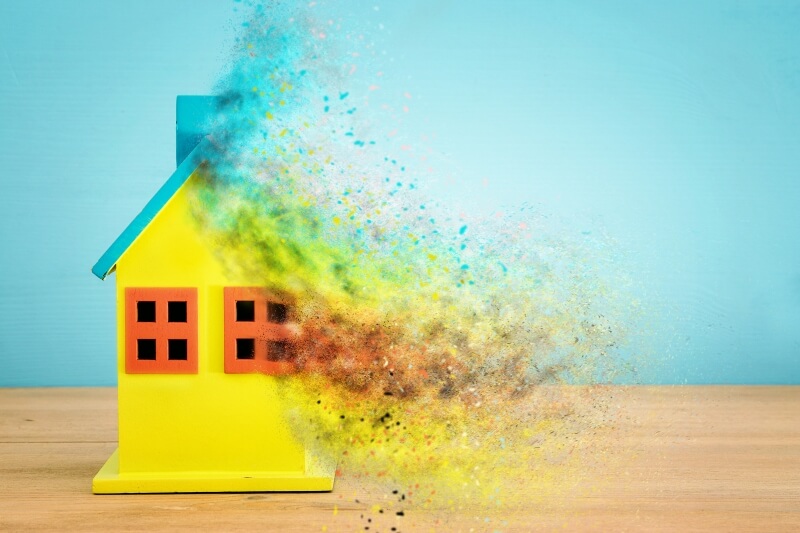 Throughout these most bizarre of times, the bulk of our articles, webinars and conversations with clients have been about responding to no-payment of rent cases in the wake of the COVID-19 Tenant Relief Act of 2020.

Largely left out of these discussions has been other groups of tenants who have left their apartment like a thief in the night, perhaps to journey back home with their parents for a rent-free stay or relocate to more spacious and affordable apartments in the suburbs.

This migration has been aided by the boom in remote work, as high-tech professionals and others simply do not have to live here and endure the high rents, congestion and other aspects of Bay Area living that do not make their heart strings zing. Those tenants seeking greener pastures will often hand over the keys to someone else, unbeknownst to the landlord and in contravention of the lease terms.

Another common phenomena: a tenant could ditch their housemates and it becomes a game of musical chairs when the remaining roommates who are left holding the bag find another roommate to replace the runaway tenant.

A perennial problem that has gotten worse

Unauthorized subletting and tenants breaking their lease prematurely are certainly not new problems - we have been saying for years that landlords need to be the eyes and ears of their rental properties and know who is living in their units. Although these issues are not novel, they have become much more prevalent in the age of COVID-19.

While Bornstein Law cannot influence lifestyle-makeovers or the societal shifts in the way people live and work, we can do the next best thing by enforcing covenants of the lease.

What the lease says goes

When an owner suspects the tenant is engaged in unauthorized subletting, one of our first action items is to review the lease and what it says, if anything, about this subject.

In California, tenants are allowed to sublet their apartment unless the lease expressly prohibits it. At Bornstein Law, we have a strong bias for including an ironclad clause in the lease that categorically bans subletting or assignment and states in no uncertain terms that any attempt to do so by the tenant is an irremediable breach that are grounds for immediate termination. We also like to address the modern version of the temporary flop by prohibiting the tenant from offering any part of the premises for short-term rentals like AirBNB, VRBO and other sites.

We want to eliminate confusion as to who is responsible for what, when rent can be raised, and how to legally transition tenants/occupants out.

Weighing the pros and cons of bans on subletting

Some property owners are lured by the appeal of uninterrupted rental income when the current tenant sublets his or her apartment. This alleviates the aggravation and marketing expense attendant to finding a new renter, and we concede these are not the most ideal times to advertise and show a vacant apartment.

The drawbacks to allowing tenants to sublet the unit to a stranger who have not survived a rigorous screening process, however, outweighs the benefits, in our view. Landlords who take a leap of faith may find that the spicket of rent money dries up and worse, the subtenant creates damage to the property or even commits criminal acts. Any rent money paid by the improvised tenant can be disgorged.

As for leases that do not make any mention of subletting, the tenant does not have a free pass - written consent from the landlord must first be obtained.

Like many of its rent and eviction controls, San Francisco is a creature of its own when it comes to subletting rules. Tenants can welcome in new roommates, so long as permission is sought in writing and the landlord approves the selection of the subtenant. After receiving this written request for reshuffling, the landlord has a 14-day window to accept or deny the candidate. If the proposed subtenant is denied, a justifiable reason must be stated. Possible reasons might include false or insufficient information submitted, poor credit, or the would-be subtenant poses a danger to other residents.

Has the tenant abandoned the rental unit?

Once again, a properly prepared lease should anticipate this contingency. With some exceptions, a tenant who breaks his or her lease is legally bound to pay rent until the landlord rents the unit again or the lease expires, whichever comes first.

The absconding tenant may also be liable for damages like leasing commissions, advertising expenses, utilities maintained to show the vacant unit to prospective renters.

One important thing to keep a finger on is whether the tenancy is considered month-to-month, as is the case when the lease does not specify an end date, or when the end date expired but was never renewed. In this case, it becomes a month-to-month tenancy.

In concluding remarks on this subject, we want landlords to ensure that timely repairs have been made to the unit and that the dwelling was in a habitable condition. That's because it is entirely plausible that the tenant who has abandoned the property will claim that the untimely departure was necessary because the unit was not fit for occupancy.

We would also be remiss not to mention that when it is discovered the residents have got up and left, it is not “finder’s keepers” when it comes to personal belongings left behind - the law prescribes certain rules the landlord must follow to afford tenants the opportunity to recover their possessions and dispose of unclaimed items.

In these incredibly stressful times for rental property owners, our office wants landlords and property managers to think smartly and strategically about managing landlord-tenant relationships and responding to instances of missed or late payments, unauthorized subletting, and “runaway tenants” who abandon the premises.