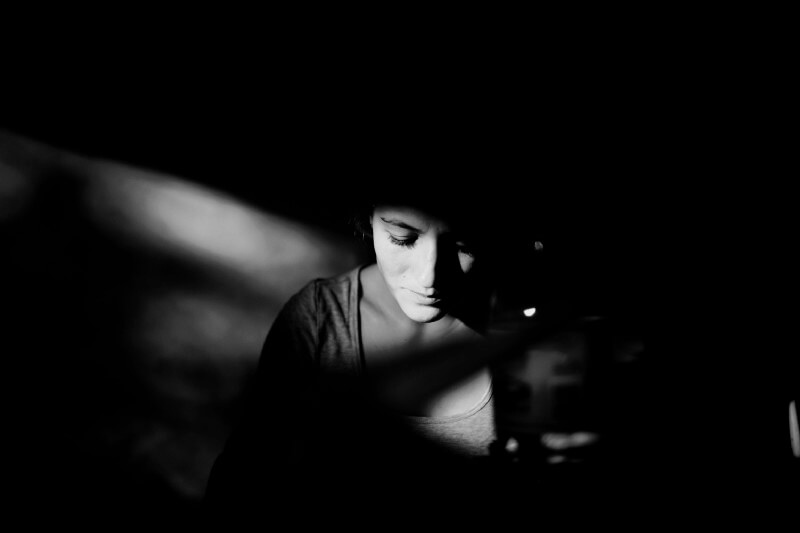 It's been said that home is where the heart is, but what happens when that heart is broken?

That answer has been revisited t by SB-1017, new legislation that builds upon previous laws relating to leases, termination of tenancies, and the changing of locks whenever domestic violence rears its ugly head.

Signed into law on September 27, 2022, a new law tweaks Section 1946.7 of the California Civil Code, and our community should be aware of these changes whenever domestic strife is encountered.

We hasten to say that domestic violence comes in many forms. It does not only involve a battered spouse. Aside from physical and sexual abuse, it is behaviors that arouse fear, prevent a partner from doing what they wish, or force them to behave in ways against their will, acts of emotional abuse and economic deprivation, threats and intimidation, and stalking after the relationship has ended. Human trafficking and abuse of an elder or a dependent adult also fall under the category of domestic violence.

One of the lessons the pandemic taught our community is that role of a landlord has changed. The traditional job description was to provide housing, but with increased notice requirements and COVID rental assistance programs, landlords and their agents were tasked with becoming credit counselors and de facto social workers. They must also wear this hat whenever domestic violence arises in a rental unit, and this is a balancing act.

On one hand, the landlord's foremost responsibility is to provide a safe and habitable dwelling free from threats and harassment. On the other hand, the public policy is to ensure that survivors of domestic violence are not victimized twice by being evicted only because they are subjected to the abuse of others. SB-1017 brings that question back into focus.

Before we delve into the new statute, it's instructive to look at the existing laws on the books.

Generally speaking, if a tenant prematurely breaks his or her lease, they are responsible for the balance, but there are notable exceptions such as when duty calls and military members receive orders to relocate. Another example can be found in California Civil Code Section 1946.7, which carves out an exception when tenants, household members, or immediate family members become a victim of domestic violence. 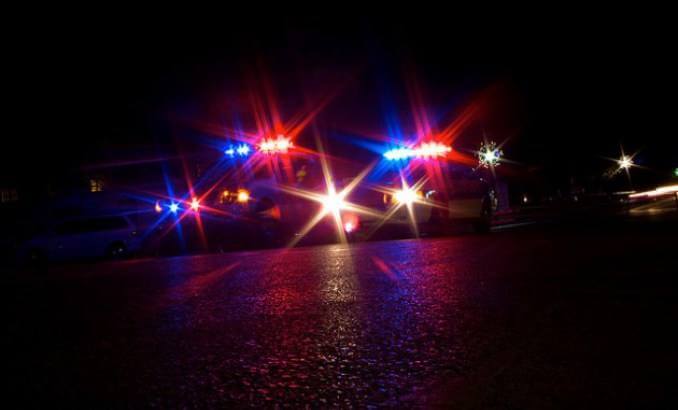 If armed with documentation to substantiate that the tenant, a household member, or immediate family member is in fact a victim of domestic violence - a police report or restraining order issued within the past 180 days, for example - the tenant enjoys protections normally not afforded to others.

The tenant can provide his or her landlord with a written notice signaling their intent to terminate the tenancy. The tenant is only responsible for no more than 14 calendar days of rent after the notice is given and is not responsible for making other rent payments under the lease. By availing themselves of the early out allowed by law, the tenant does not forfeit any security deposit money or advance rent paid. That’s right - the tenant has a clean slate and is not liable for the rent as they build a new chapter in their life.

Aside from breaking the lease without penalty, the victim may request that locks be changed to prevent the perpetrator from gaining access to the rental unit.

There are, however, responsibilities of the victimized tenant, such as notifying the landlord within 24 hours that the locks have been changed, and changing the locks in a workmanlike manner with locks of comparable or better quality than the original lock, as well as providing the landlord with a copy of the new key.

If the abusive person lives in the unit, the law allows courts to issue a partial eviction by evicting the bad actor but not the surviving victim. In legalese terms, we call this “bifurcation,” which is a fancy term for separating parts from the whole.

When can a tenancy be terminated or declined to be renewed when someone cries abuse?

The answer is when the tenant allows the abuser back into the dwelling, the landlord gives the potentially dangerous person notice to cure, and the tenant continues to allow the abuser onto the premises.

Let's say there is documented act of abuse or a court order issued within the past 180 days, but the victim welcomes the abuser back with open arms. If the tumor is invited back or allowed to stay, tenants jeopardize the protection status they once enjoyed. While the law is sympathetic to victims who seek to keep abusers away from them, the victim cannot have it both ways.

We see this quite a bit at Bornstein Law.

In a toxic relationship, the parties reconcile for a fleeting period, and the abuse continues. It becomes a vicious cycle when people who are clearly in a dysfunctional relationship do not part ways. Perhaps out of co-dependence or the misplaced hope that things will work out, or through coercion, threats, and intimidation, the parties re-unite but incidents continue. We like to say that the biggest predictor of dysfunction and violence is past dysfunction and violence. Patterns of conduct tend to repeat themselves, and there is a spill-over effect that impacts other people, including children.

In these situations of recurring flare-ups, we urge landlords to take action. If a landlord can anticipate a threat but does nothing and someone is later harmed as a result of the menace in the midst of other occupants and tenants, there can significant liability. 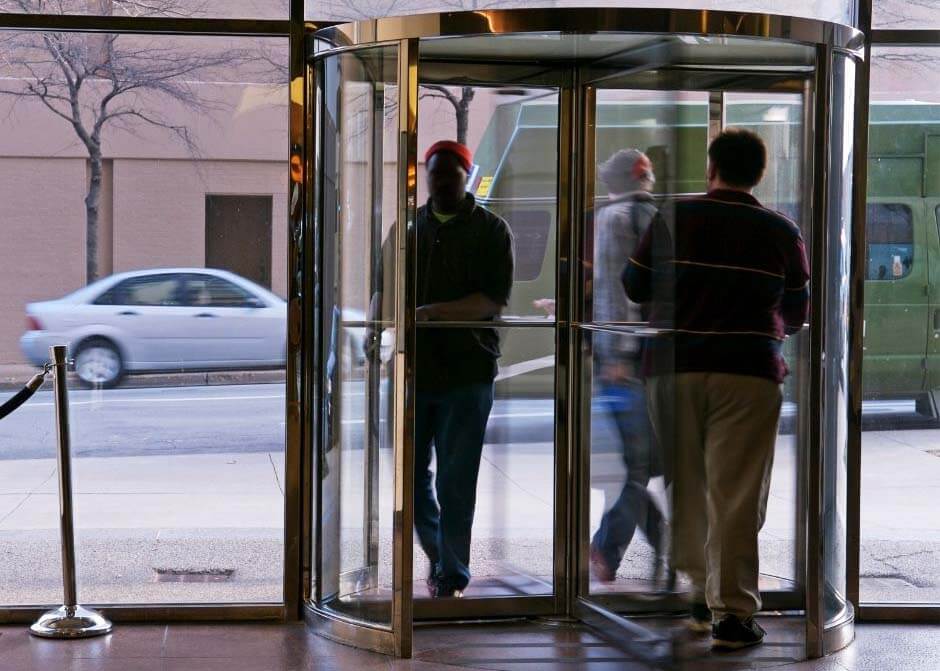 Key provision is retained in SB 1017: The victim cannot provide a revolving door to their abuser

Advocates have argued that many domestic violence victims are compelled to allow the abuser back on the property. In other words, there is little choice for tenants trapped in an abusive relationship. Perhaps the fear of leaving is greater than the fear of staying.

Jane Pomeroy is the chief communications officer at Lumina Alliance, an effort by three organizations dedicated to ending sexual assault and intimate partner violence. She says that the most dangerous time in a victim's life is when they make the decision to try to leave their abuser. 75% of domestic violence-related homicides occur during that time, she points out.

Other times, the victim believes their abuser will turn over a new leaf, or tragically, in some twisted way believes that they deserve the abuse. Whatever the reason, a tenant cannot invoke the law while giving safe haven to the abuser.

As originally written, the bill submitted by Senator Susan Eggmen of Stockton would have made it much more cumbersome and time-consuming for landlords to remove abusers from a property and evict victims who give their attackers a revolving door to return.

Under the first iteration, landlords would have to demonstrate that the perpetrator poses an "actual and imminent threat."Further, the threat would have to be “unequivocal, unconditional, immediate, and so specific as to convey to the person threatened a gravity of purpose and an immediate prospect of execution of the threat that causes that person reasonably to be in sustained fear for their own safety or for their immediate family’s safety.” It's ironic because while the bill was promoted as increasing protections for the victims of domestic violence, this provision would increase protections for abusers by keeping them implanted in the rental unit. It could have been called the "Domestic Abuser Protection Act of 2022."

The first draft of the bill would also eliminate language that invalidates protections if the victim if the survivor "allows" the abusive person to visit the property. This provision, too, was axed in the final, inked version of SB 1017.

Read Senator Eggman's policy doc when the legislation was introduced →

So what did the new law actually do?

Two new components of the law. One is, it lowered the documentation requirements needed to prove abuse. Secondly, it dishes out increased penalties for landlords who do not give deference to domestic violence survivors and improperly evict victims in violation of the law. Let's take on these parts separately.

Under previous law, the tenant had to produce more official, compelling documentation to assert protections, but SB 1017 eases the requirements a bit.

The documentation list is now enlarged to include accounts from advocates of victims of violent crimes. This includes a sexual assault or domestic violence counselor, a human trafficking caseworker, or a violent crime advocate, so long as the documentation displays official letterhead.

The rationale behind this is the inherent difficulty in obtaining eligible documentation through police reports and court orders.

Whether because of fear of coming across as unbelievable, concern that they do not want to get their partner in trouble, or most compellingly, scared that the abuser will retaliate, the victim has had until now a burden to produce documentation to realize protections.

We are hard-pressed to argue against these loosened documentation requirements. Groups that help victims are beyond reproach. Lumina Alliance is one such conglomerate that is able to verify an underlying abuse of domestic violence.

Hear out the CEO's moving video explaining the purpose of the group and others like hers.

We can't help but draw a comparison with increased documentation requirements for a tenant's claim that they need a "comfort" or "emotional support" animal. Tenants making these assertions can no longer rely on nebulous websites that churn out bogus certificates that purport to certify a tenant needs Peanut or Fluffy when there is a no-pets policy. The need for these animals must now be verified by a licensed medical practitioner and then, only if they have a pre-existing relationship with a patient.

Does the document look authentic? We can be constrained in communication with third parties without written permission from the tenant, so we'll have to have some element of trust.

This bill would make a landlord or agent liable to the tenant for actual damages and, except as specified, statutory damages of not less than $100 and not more than $5,000 in a civil action for violation of these provisions. Believe us, folks, there is no shortage of tenants' attorneys willing to right wrongs and cases like this on.

We are well aware of enterprising attorneys who have built a lucrative practice in suing housing providers who deny Section 8 housing vouchers and there is ample reason to believe that violations of SB 1017 will lead to a costly lawsuit that you will not want to defend against.

Our main takeaway is that SB 1017 adds teeth to existing law. And we've seen this movie before with "anti-harassment" laws spreading throughout the Bay Area. These types of anti-harassment ordinances do little to advance tenant protections but are designed to put an exclamation point on tenant protections already in place and put landlords on notice that if they violate them, there will be more hell to pay.

Our firm has become very well acclimated to all manner of dysfunction in rental units. When there is dysfunction and anger in society, it will assuredly spill over to housing. We've seen it all, and sometimes, it shocks the conscious. The important thing we need to keep in mind is that there are specific rules when it comes to domestic violence. With many caveats, the victim can prematurely end the lease or preserve the tenancy. These rules are different from disputes between tenants who have no familial or intimate relationship.

When there is a threat to the safety of tenants and neighbors, we need to deal with it and the legal issues surrounding these types of issues present a morass that landlords and property managers are not typically able to address on their own. Bornstein Law can assist in thinking deliberately about how to respond to delicate issues.