Editorial note: Effective January 1, 2020, the maximum allowable rent charged to a manager who is required to live on site as a condition of employment will increase. The maximum amount of discounted rent that may be credited to the wages owed to the manager will likewise change. Hiring, compensating and terminating resident employees is a complex subject, so we asked our friend and colleague, Margaret Grover, to break it down and give some real life context.

Sam and Pam Young immigrated to San Francisco in the 1970s, worked hard, and
bought 3 small apartment buildings. Two of the buildings had 8 units. Because the third building
had 16 units, the California Code of Regulations required that a “responsible person” reside on
the premises and ”have charge” of the building. Sam and Pam lived in the building and handled
day to day cleaning, did small repairs, coordinated larger jobs, and interacted with the tenants.

The arrangement was perfect until Sam passed away. Pam felt that she could not
manage the building on her own. Pam approached a long-time tenant, Joe, who worked from
home. Joe agreed to keep the common areas clean, select contractors and monitor their work,
and handle tenant calls between 9:00 p.m. and 7:00 a.m. Pam and Joe agreed that, in
exchange for Joe’s services, he would pay $500 per month less in rent. The agreement was
never written down. Pam and Joe did not talk about how many hours the job should require and
Joe never submitted any time sheets.

The arrangement worked well for 5 years. During that time, Joe got married and had two
children. When a 2-bedroom apartment became vacant, Joe asked to move into it. He wanted to
continue serving as resident manager, but with a larger deduction from the rent. Pam refused
this request, because the 2 bedroom apartment was worth significantly more than Joe had
offered to pay. Joe became irate and physically threatened Pam. She fired him and asked him
to resume paying full rent for his apartment, based upon the rent-controlled value, as adjusted
with permitted annual increases and pass throughs.

Joe became even angrier and went to see a lawyer. The lawyer told Joe that he didn&#39;t
have a claim for wrongful termination. He had something that was perhaps even more valuable,
a claim for unpaid wages, penalties, interest, and attorneys’ fees. At trial, Joe claimed that he
had worked 5 to 6 hours per day, 7 days per week. The jury awarded him $120,000, which
included unpaid wages, overtime, penalties, and interest going back 4 years. In addition, the
judge awarded his attorneys’ $60,000 in legal fees and costs.

Where did Pam go wrong? She thought that she and Joe had an agreement – how could
she have protected herself?

Resident In Charge Is Entitled To Minimum Wage.

Tracking resident manager time can be very cumbersome. The best practice is to record
all time worked, with the times that the worker started and stopped each task. This could result
in multiple entries on any given day. Some building owners try to streamline the time records, by
having the manager record the total time worked each day. For those who never work more
than 5 hours in a day, this is usually sufficient. Another common approach is to agree, in writing,
that the job will require no more than 10 hours per week and, if the employee works more than
that, they need to submit time cards by the next Monday.

Without some kind of agreement limiting the hours and some method for recording and
tracking time, the building owner is exposed to claims that the employee was working huge
numbers of hours. Some resident managers will claim that they were on duty 24/7, because
there were so many tenant concerns and interruptions!

You May Not Use Partial Rent Credit To Satisfy Your Minimum Wage Obligations.

Exchanging services for reduced rent sounds like a good idea – lots of building owners
do it – but it is not lawful. Even if you charge a resident manager (or other person required to
live in the building) only $5 per month for an apartment having a fair rental value of $3,000, the
law says you have not paid them any wages. You have simply given up valuable income.

A Free Apartment Can Satisfy The Obligation To Pay Wages, But The Value Is Limited.

To treat the apartment as compensation, the building owner must meet several tests.
First, the apartment must be provided for free. Second, you must have a voluntary written
agreement. Third, that written agreement must specifically state that credit for the apartment is
being taken toward the minimum wage obligation – and how much credit is being taken.

Unfortunately, there is a cap on the amount of credit that can be taken for a free
apartment. The credit is either 2/3 of the ordinary rental value or $621.28 per month ($677.75
for larger employers), whichever is lower. If both members of a couple are employed, the cap
increases to $919.02 per month ($1,002.56 for larger employers). These caps will increase each
time the State minimum wage increases on January 1. Historically, the cap has increased
whenever California minimum wage has increased, so that a building owner could always use a
free apartment to compensate a resident worker for approximately 56 hours each month.

The local resident wage increases have eliminated this balance. The California Labor
Commissioners’ office has taken the position that the cap applies to both state and local
minimum wages. As a result, a building owner in San Francisco, where rental values are much
higher, can only use free rent to compensate the worker for 41 hours of work each month. The
amount of time that can be worked by a San Francisco employee in exchange for free rent will
be even less in the future, as San Francisco minimum wage will rise more rapidly and more
dramatically than the State minimum wage.

In any month the employee works more than the maximum number of hours that can be
compensated with free rent, the employer must issue a payroll check sufficient to cover the
difference.

There Are Limits On What You Can Charge A Tenant Who Is Required To Live In An
Apartment As A Condition Of The Job.

If someone is required to live in an apartment as part of the job, the law caps the amount
of rent that can be charged at $621.28. With a voluntary written agreement, the rent can be
increased up to 2/3 of the fair rental value. None of the reduction can be used as compensation.
The reduction is mandated to recognize that an employee might pick a different apartment, if
she was given freedom to do so. As a result, the apartment may not have the full value to the
employee that it would have to someone who could select from other apartments.

Building owners often get more value by charging the maximum permitted rent for an
apartment and paying minimum wage for the time worked. While it would certainly be easier to
say that the employee earned $250, and will offset the wages and rent payment, that approach
is asking for trouble. The Labor Commissioner treats that as a partial rent reduction, even if
there is an offset. The safe approach is to exchange checks – the employee pays rent and the
building owner/employer issues a payroll check.

Documents are the key to defending any employment-related dispute. For building
owners, the contract, timesheets, and payroll records are most important. Employees’ attorneys
are now seeking penalties when the paystubs are not correct or complete. They may also seek
penalties when the required new hire forms and posters are not used.

Sick leave, which became mandatory throughout California on July 1, 2015, will be a
major headache for building owners. Employers now need to accrue sick leave, track use of sick
leave, and report sick leave on pay stubs. For workers paid with free rent, this will be a
particular headache, as they are not getting paystubs and are able to continue living in their
apartment even when they are sick. For an employee who works unscheduled hours, the
employer needs to establish criteria for using a sick day and how much sick time will be paid
when the employee calls in sick.

Hiring, compensating, and firing resident employees is tricky. Make sure that you have a
competent lawyer to help you prepare your agreements, review your compensation, and make
sure that you keep up with the ever-changing laws and regulations governing the employment
relationship in California. 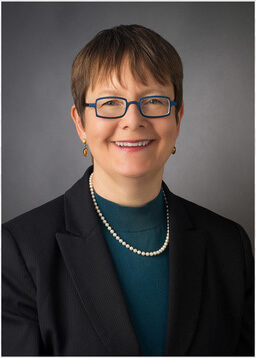 Maggie Grover is a seasoned employment lawyer. She has been advising apartment owners and managers about the ins and outs of hiring resident employees for over 20 years, and served for 6 years on the Board of Directors of the Professional Property Management Association of San Francisco. You can reach her at 415.596.9433 or via email.