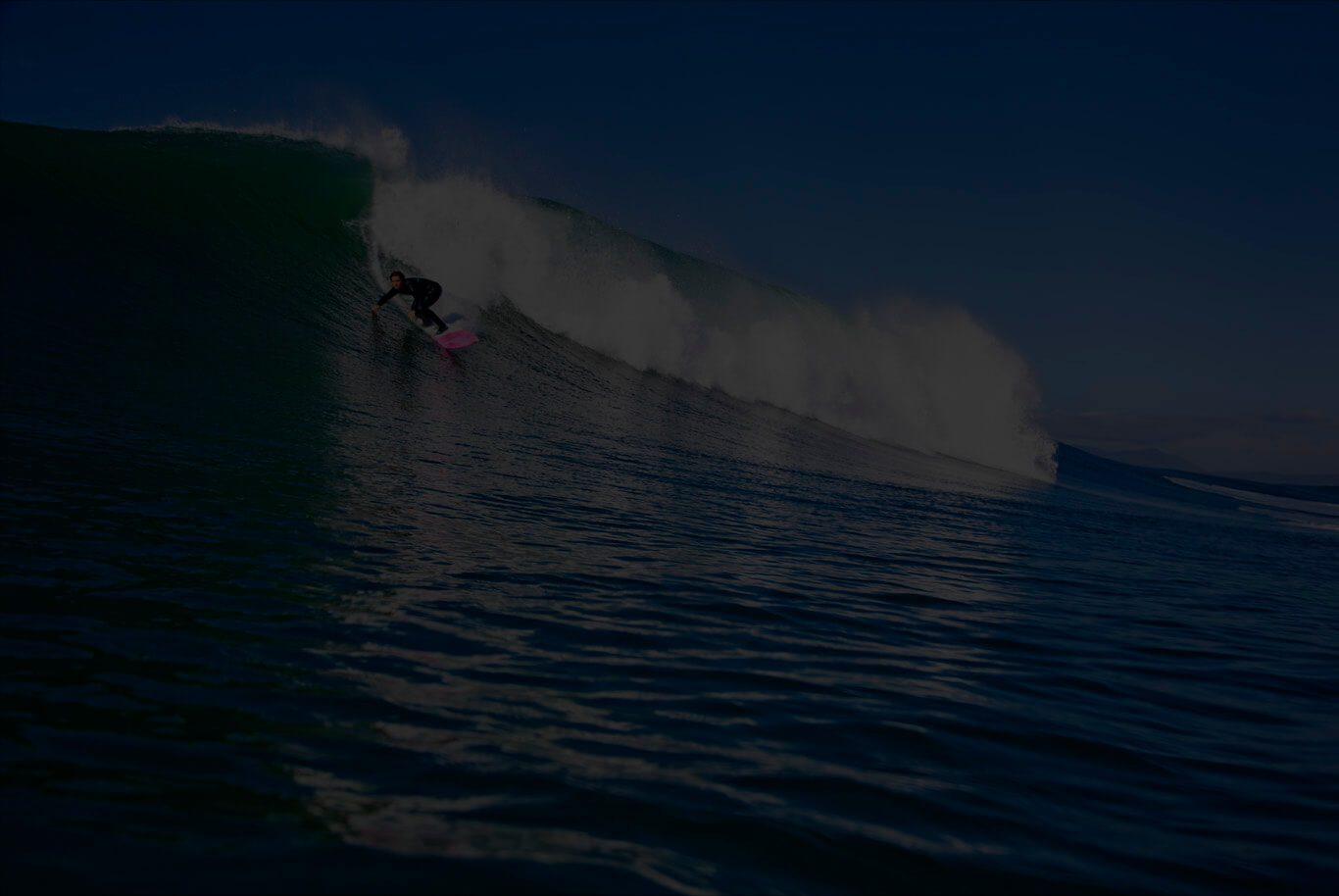 IN DEPTH
Is your real estate business prepared to ride the wave of new rent and eviction controls set to take effect in January of 2020?

Lawmakers and the Governor have heard the collective moans against rising rents, epic commutes and tenant displacement by inking Assembly Bill 1482 into law. Bornstein Law can help you navigate the changes. 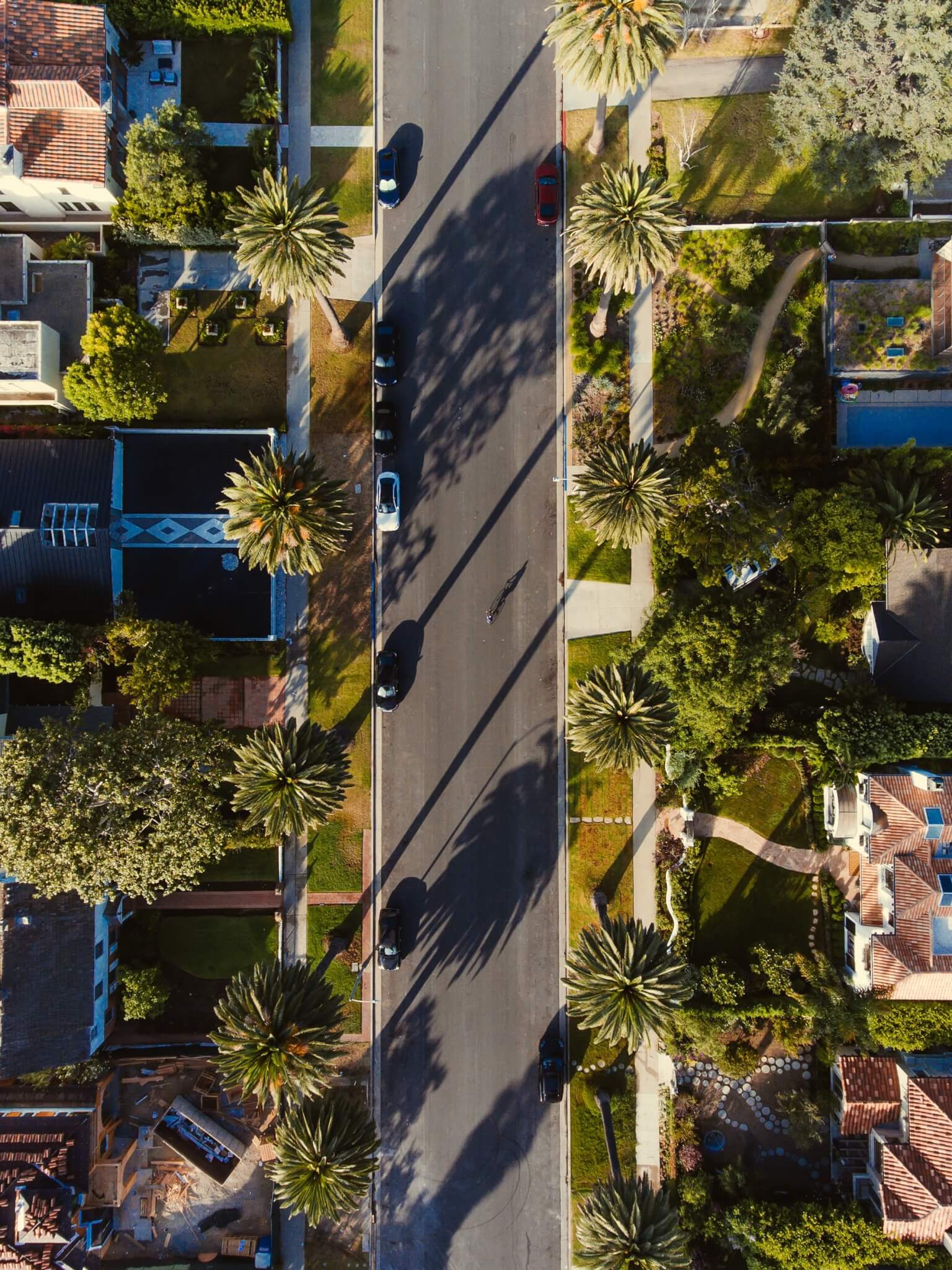 Many rental housing providers will be exposed to a new regulatory regime after The Tenant Protection Act of 2019 (AB-1482) was recently inked into law.

The newly minted state law calls for annual rent caps of 5 percent plus the annual increase in the cost of living, or 10%, whichever amount is lower. This raises the question of what the spike in living costs might pencil out to be. To put this fluctuating metric in perspective, the Bay Area’s Consumer Price Index (CPI) has never exceeded 5% and only once hovered north of 4%, and so barring an epidemic of inflation, permissible rent increases will be well below 10%.

Another highlight of the bill is the imposition of “just cause” eviction requirements that apply throughout the state after tenants have resided in the unit for 12 months, or 24 months if a roommate moves in.

If it doesn’t apply, let it fly

The first algebraic equation to solve is whether your building is hamstrung by local rules relating to rent increases or eviction rules that are more favorable to tenants when viewed in light of statewide protections.

For the vast majority of you who own rental properties in San Francisco, Oakland, Berkeley, and other locales in rent-controlled jurisdictions that have pre-existing ordinances more “protective” to tenants , your rental business will not affected.

Put differently, you are already handcuffed by local rules that limit rent increases to amounts less than what is allowed by state law, and you are bound by a shorter list of reasons to evict a tenant, so the state law doesn’t matter - it’s moot.

For easy reference, here are links to local ordinances in the areas we practice, though this list is not exhaustive.

Here’s where it gets interesting, though. If you have an exemption to local rent and/or eviction controls, it may be stripped.

The statewide protections will not apply to housing built within the past 15 years, though it will apply to property previously exempt as “new construction” under Costa-Hawkins, a state law passed in 1995 banning cities from expanding rent control to units built after 1995. Yet, some municipalities limit controls to units built well before 1995. Let’s take a small sampling of a few cities, for instance: 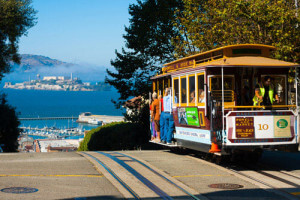 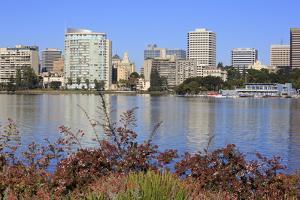 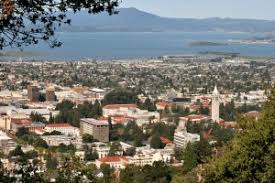 Although there are other exemptions, in terms of timeframe, only buildings with a certificate of occupancy issued in the last 15 years will be exempt from new controls. This is a rolling 15-year window, meaning that each year, new buildings will come out of the exemption window as they age past the 15-year threshold. Units built in 2006 will become covered in 2021, units built in 2007 will become covered in 2022, and so on.

The law will not apply to most single-family homes and condominiums, unless owned by a corporation, real estate trust, or an LLC when at least one member is a corporation.

AB 1482 has a built-in mistrust of these ownership structures because it screams "greed-fueled speculators." We see this as part of a broader effort to chip away at protections for single-family homes that were once sacrosanct, a topic we took on in this article.

Lawmakers had the foresight that some landlords might go on a rent hiking binge in anticipation of AB 1482 passing. Accordingly, the law will be retroactive to March 15, 2019. Whatever amount the tenant paid as of that date is the amount upon which the increase will be based. 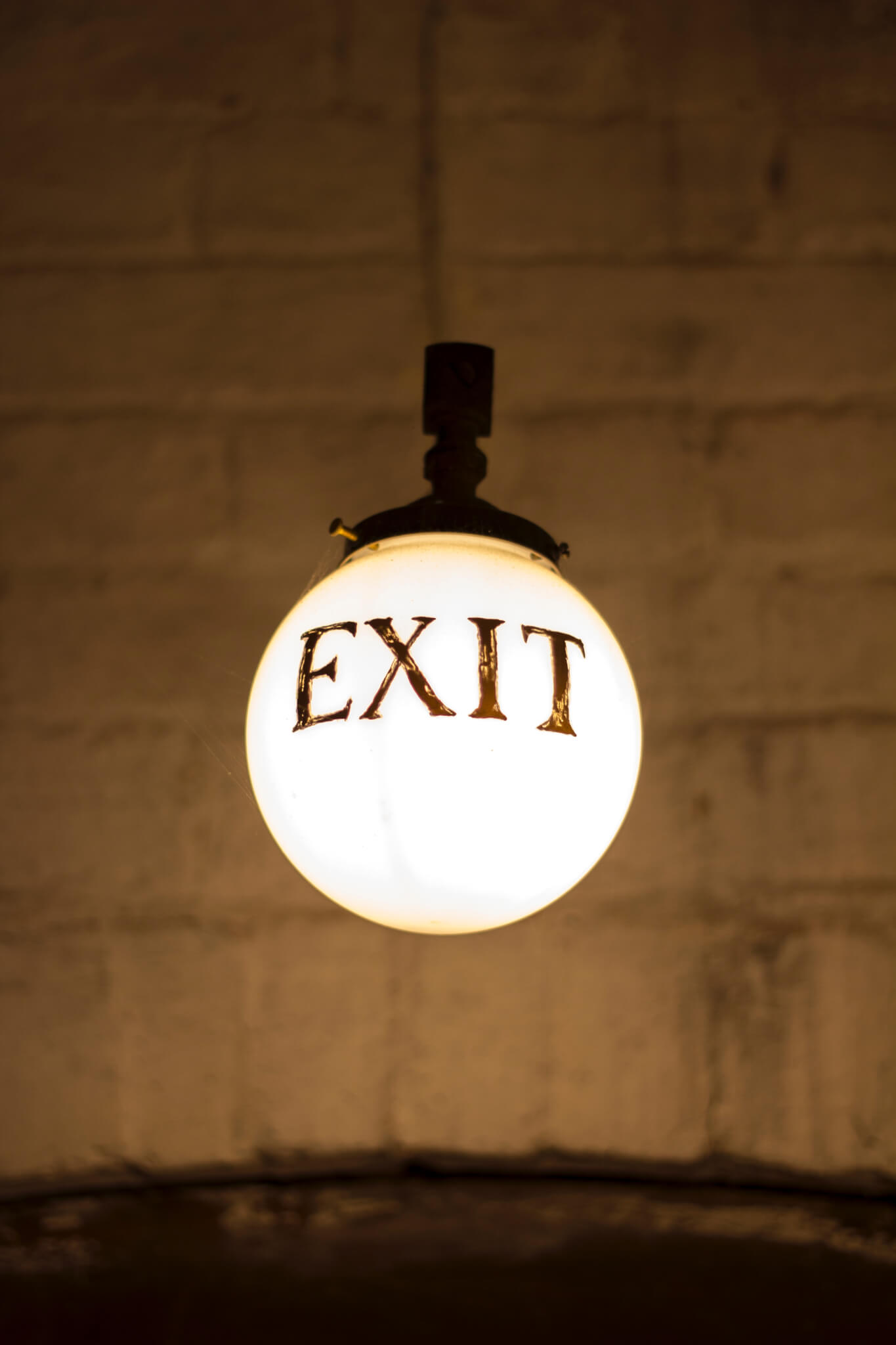 The state compartmentalizes just cause as "at-fault" or "no-fault."

The so-called at-fault evictions are easily explainable and account for the majority of evictions we encounter at Bornstein Law. Aside from the typical non-payment of rent cases and instances when the tenant creates a nuisance, engages in illegal activity and the like, there are other at-fault causes under AB 1482 like assigning or subletting the premises in violation of the lease, or disallowing access to the property.

We won't enumerate all of the reasons here because, for the most part, state and local laws are consistent in defining problematic tenants who dig their own graves to the end of the tenancy.

Where it gets a little muddled is “no-fault just causes.”

These two terms may seem contradictory to those of you in jurisdictions that only define just cause as being some bad act on the part of the tenant, but some ordinances define it differently. A just cause doesn’t necessarily mean the tenant is at fault and indeed, can be removed for just cause when the owner or a close relative wants to move into the rental unit.

We are not playing semantics. Across a swath of jurisdictions, it’s important to clarify that under the state’s meaning of “just cause,” this does not always connote there are bad tenants in place who have done something wrong. It equals a no-fault just cause.

The owner's intent to recover possession of the unit for personal use, or that of a spouse, domestic partner, children, grandchildren, parents, or grandparents.

For leases inked after July 1, 2020, the owner can only use this cause if the tenant agrees in writing to the termination or a specific provision is included in the lease, though verbiage can be added to leases commenced prior. Be forewarned that several municipalities require the owner or relatives to maintain the reclaimed rental unit as their “principal place of residence” for a time certain, and require specialized notices and ongoing documents that are not mentioned in California state law.

Permanent withdrawal of the residential property from the rental market, also known as an Ellis Act eviction, a vehicle the landlord can use to go out of business, with several caveats best approached with an attorney.

Many local governments have expressed ire about these types of displacements and enacted their own rules and prohibited Ellis Act evictions when certain vulnerable individuals are implanted. At any rate, the retirement of rental units will not come without lengthy notices and significant relocation payments to outgoing tenants. Translation: If you want to get out of the rental business, you can’t shut the doors right away.

An order issued by a government agency or court to vacate the property, or a local ordinance that necessitates vacating the property.

An important asterisk is that when the tenant has precipitated the inhabitable conditions and has made the unit unlivable through his or her own behavior, the statute says there is no entitlement to relocation assistance discussed below.

Intent to demolish or to substantially remodel the residential real property.

The key word is "substantial."Spending money on facades or doing a paint job will not meet that test. We're talking about a total overhaul, as if the property had been burned down to the ground. 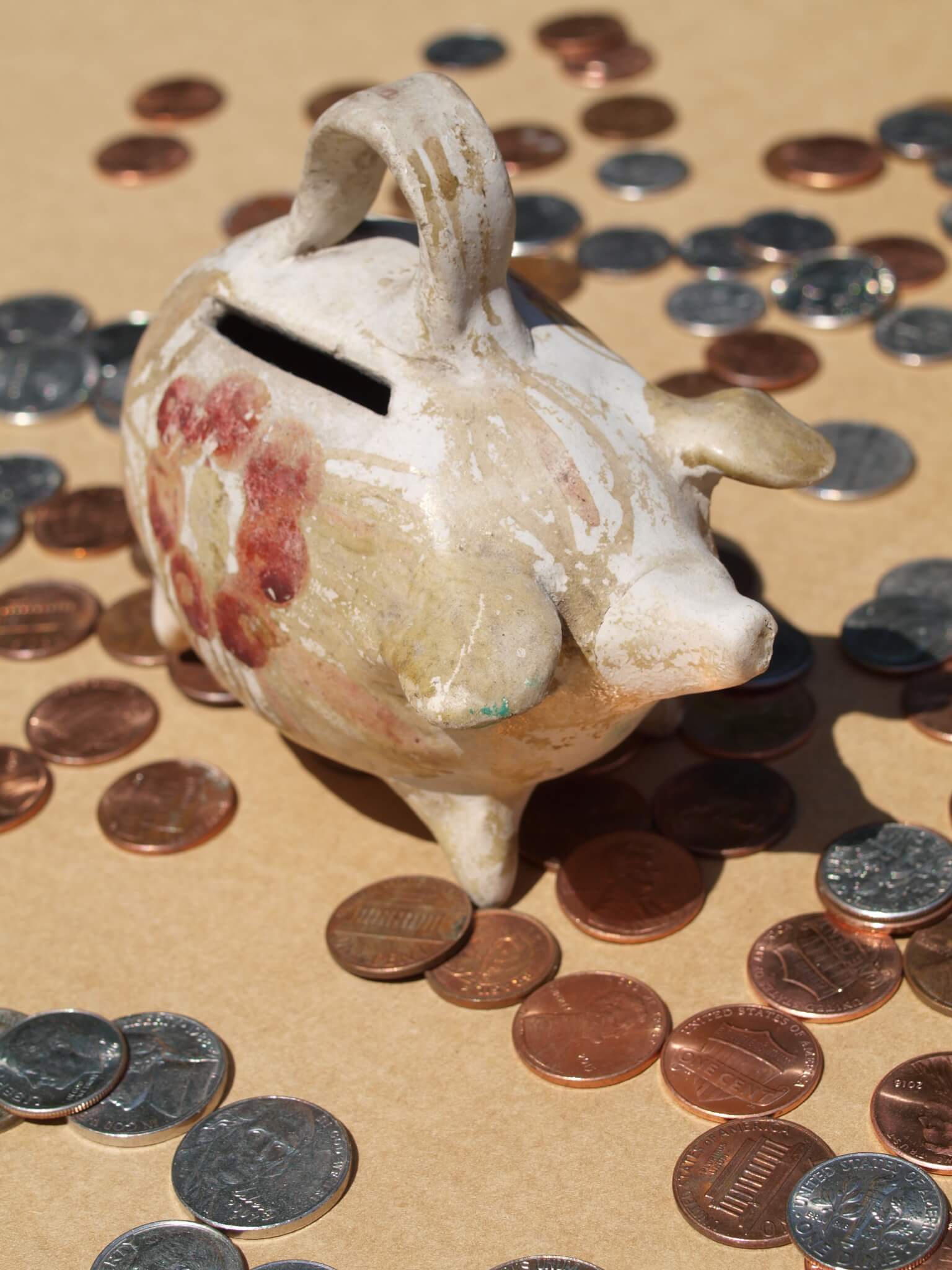 No-fault terminations will come with a price.

When a tenant is displaced through no fault of his or her own, the landlord must provide relocation assistance in one of two ways. The landlord can make a direct payment of one month's rent, or forgive the payment for the final month of the tenancy.

That is according to the state of California, but this farewell gesture  is not generous enough for several municipalities. Local ordinances tend to require more hefty payouts to uprooted tenants. Certain groups like the disabled, elderly, long-term tenants and others may be entitled to still more money.

When it comes to relocation payments, there are some timeframe issues in terms of notice requirements and how the payments are dispersed, so please consult Bornstein Law to make sure you escort the compensated tenant out in a manner that is compliant with the rules surrounding a proper transition. 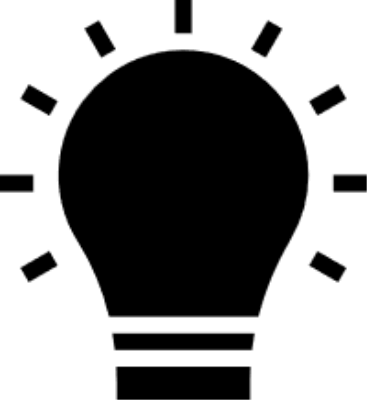 If your only goal is to create a vacancy, we might suggest you consider a tenant buyout agreement whereby the tenant voluntarily walks away from the lease in exchange for compensation. AB 1482 makes no reference to buyout agreements, a contract made between two private parties and is not considered an eviction. One big advantage to a buyout is that you are not only paying money for the tenant to vacate, but to release all legal claims from the tenancy. Food for thought. 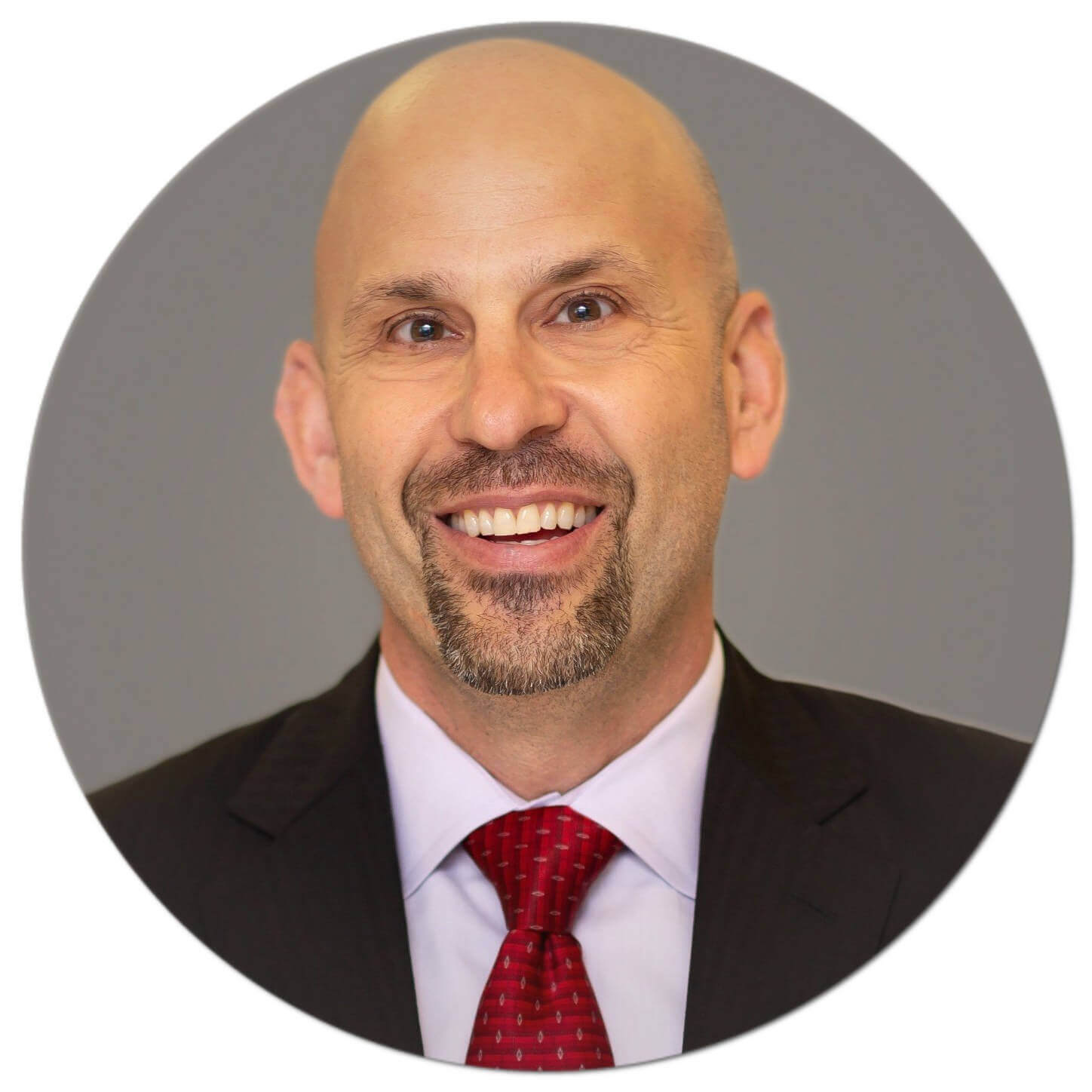 Get incisive advice in a new era.