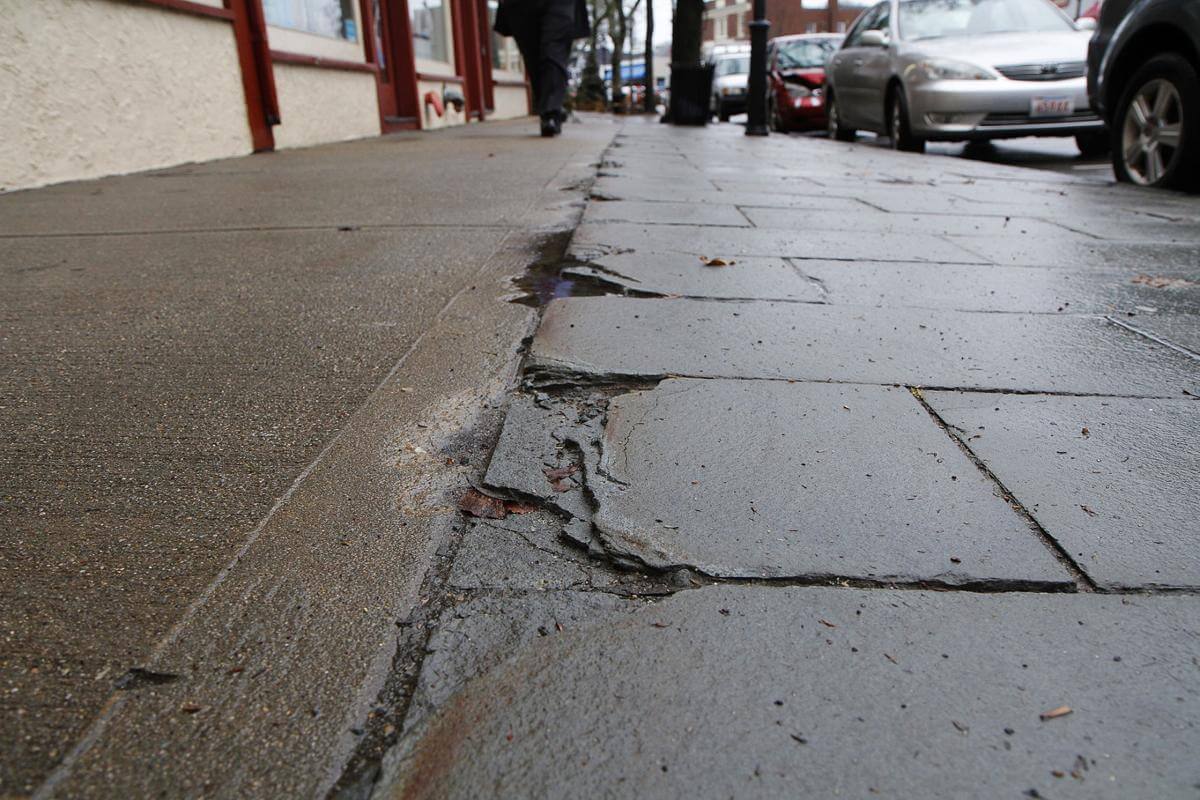 As proud residents of the East Bay, we have been thrilled to see Oakland emerge as a formidable force in the Bay Area and finally get the respect it deserves. But with that growth has come some growing pains.

After going through a bit of an infrastructure renaissance lately, Oakland has placed increased demands on owners to maintain sidewalks fronting their property.

Since paved pedestrian paths originated in ancient Greece and Rome, sidewalks have had a long history and, despite their ubiquity, have often been overlooked as non-critical infrastructure. In passing Ordinance #13549 on July 9, 2019, Oakland has said sidewalks are a vital part of the City’s infrastructure, and that property owners must do their part in the repairing or replacing damaged sidewalks.

The ordinance applies to sellers of residential properties in Oakland, or owners who apply for permits to perform renovations with a cost exceeding $100,000.

The added responsibility of owners to maintain city-owned sidewalks on their own dime and risk lawsuits from sidewalk injuries, of course, has incurred the ire of many owners, real estate agents, and trade groups representing their interests. Before we address the concerns expressed from the real estate community, let’s examine what state law says on this subject.

Section 5610 of the California Streets and Highway Code states that:

“The owners of lots or portions of lots fronting on any portion of a public street or place when that street or place is improved or if and when the area between the property line of the adjacent property and the street line is maintained as a parking or a parking strip, shall maintain any sidewalk in such condition that the sidewalk will not endanger persons or property and maintain it in a condition which will not interfere with the public convenience…”

Like most other laws, this statute is cleaner on the page than it is in real life, and the dual responsibility of municipalities and property owners has been litigated for years. 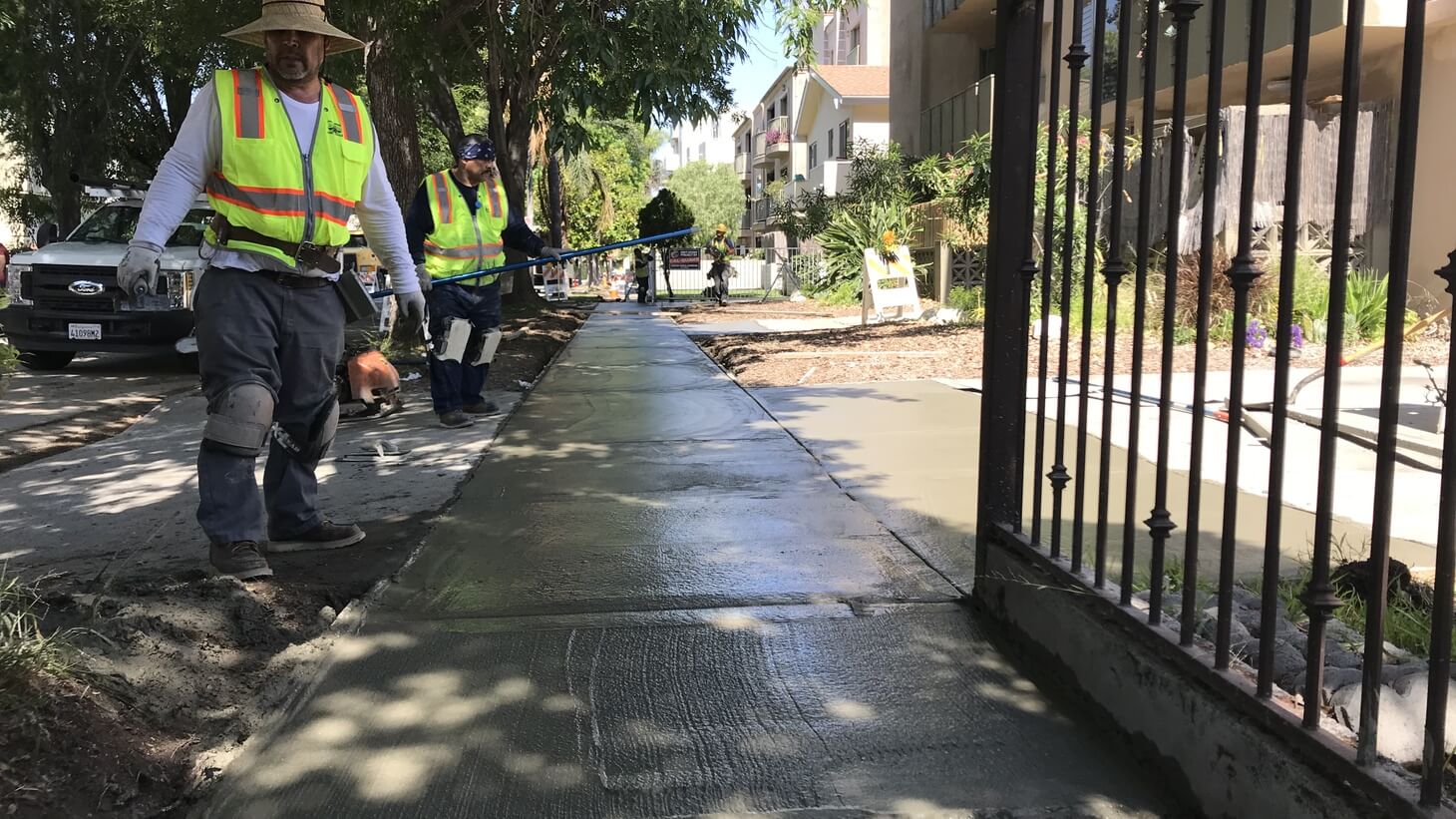 Courts have given deference to local ordinances and regulations enacted by municipalities deemed necessary to protect the public health, safety, and welfare, so long as they contain clear and unambiguous language. Indeed, the California Court of Appeal noted in Gonzales v. City of San Jose that without such ordinances, landowners would have no incentive to maintain adjacent sidewalks in a safe manner.

Exercising its powers, Oakland enacted an ordinance that shifts the repair costs and liabilities for their sidewalks onto property owners. One distinct ordinance puts injury liability on the owner, while another ordinance requires that sidewalks must be brought up to code before property exchanges hands in a real estate transaction. Hence, this is referred to as a point-of-sale, or POS ordinance.

The Sidewalk Certification procedure results in one of two outcomes. Either the sidewalk is good and passes the requirements in “as is” condition or the sidewalk is bad and needs repairs in order to pass muster. The standard is set by the Americans with Disabilities Act (ADA), which says sidewalks cannot have “any crack, depression, or vertical offset of more than ¼ inch.”

Regardless, all property owners must apply for a Sidewalk Certificate of Compliance at the OakDOT Permit Office. A city-authorized contractor must inspect the sidewalk to ascertain its condition and issue a report on whether the sidewalk meets the requirements, or requires repairs to be brought up to compliance.

Regardless of the sidewalk’s condition, a city-authorized inspector must inspect it and give it a pass-or-fail grade. Even if the sidewalk is up to snuff, property owners must apply for a Sidewalk Certificate of Compliance at the OakDot Permit Office and the matter is done.

If, however, the sidewalk needs work, owners will need to hire a licensed contractor approved by the City to effectuate the repairs. After the sidewalk is back in good graces, the contractor self-certifies that the work has been performed to code requirements and buttons everything up with a Sidewalk Certificate of Compliance through the DOT Permit Counter.

The anathema of the owners and the real estate community

In a recent meeting, the Public Works Committee revisited the ordinance. You can watch the full deliberation in this video.

Although OakDOT states that steady improvements have been made and that it has listened to the concerns of owners, REALTORS, title companies and other stakeholders, these groups are very angry. Among their concerns:

We haven’t heard the last of this heated topic and while the Public Works Committee’s last meeting was purely informational, we expect some additional action on tweaking the ordinance at some point in the near future, perhaps as early as mid-March.

Buyers, sellers, and those of you who are contemplating a major remodel need to be aware of obligations related to sidewalks, and the potential delays attendant to fixing any substandard sidewalks.

As a sidebar for buyers and sellers of multi-unit properties in the East Bay, additional delays are likely, thanks to proposed ordinances in Oakland and Berkeley (both dubbed the Tenant Opportunity to Purchase Act) that would give tenants, nonprofits and land trusts the first opportunity to make an offer on an available property and the subsequent right to match any offers on the private market.

Until this sidewalk ordinance tips in the favor of owners, they are well advised to take a hard look at their insurance policies to ensure there is adequate protection if someone is injured from a defective pathway.

Make no mistake that the regulatory climate for owners is tricky, but you can count on updated information and informed guidance from Bornstein Law.