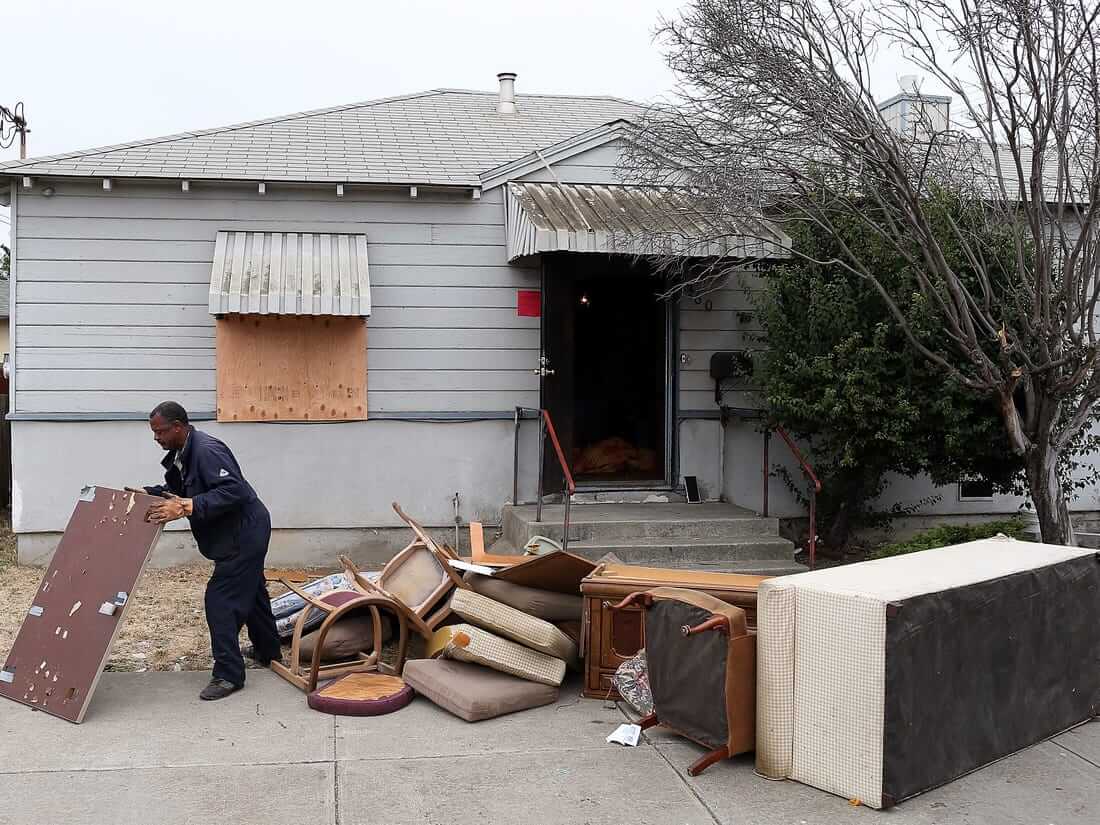 A closer look at Senate Bill 1079, a law that levels the playing field for non-corporate buyers when foreclosed homes go on the auction block. The bill represents a larger war on speculators and big landlords.

Looking to avoid a repeat of history, lawmakers tell Wall Street landlords that California homes are not theirs to gobble up. SB 1079 was enacted to keep properties in the hands of the community and not well-heeled speculators who have been continually vilified. Yet these are different times than the foreclosure crisis of 2007-2008.

Several housing bills recently landed on the desk of Governor Newsom, including one that tells Wall Street landlords that California homes are not theirs to gobble up. When a foreclosed home is on the auction block, Senate Bill 1079 gives families, renters, local governments, and housing nonprofits more of an opportunity to compete with corporations that were once able to swoop in and buy vast inventory.

Inspired by Oakland’s viral Moms 4 Housing movement, SB 1079 looks to avert what happened during the financial crisis of 2007-2008, when corporate investors scooped up dozens, hundreds, and thousands of foreclosed homes, a buying binge that reverberates to this day. With pandemic-induced lockdowns sparking mass unemployment, lawmakers do not want a repeat of history.

Specifically, the new law prohibits multiple homes from being bundled together at auction and sold to a single buyer; they must be sold individually.

When buyers make their initial bid at a foreclosure auction, tenants, local governments, affordable housing nonprofits, and community land trusts have a 45- day window to best the highest bids made by the private market. The public policy behind this is that scarce property should be kept in the hands of the community and not speculators. This helps to retain the community’s character and will avoid vacant properties and the resulting blight.

“Individuals who have a little bit of money can come and play in a way that normally you would not be able to,” Daniel Bornstein told the Mercury News, explaining the no-bundling rule could benefit our clients who have more of a level playing field.

This spirit of creating and preserving affordable rental housing is similar to San Francisco’s pioneering Community Opportunity to Purchase Act (COPA), a law we have covered extensively here.

COPA gives a handful of “qualified non-profits” designated by the Mayor’s Office the right of first offer, and/or the right of first refusal to purchase certain properties offered for sale in the city. Although we were concerned at first that this ordinance would impose a new layer of cumbersome rules on owners looking to sell their rental properties and we had other reservations about it, COPA has been largely benign, especially for owners of duplexes, triplexes, and so forth. As we predicted, nonprofits have taken a pass on smaller properties, eyeing instead bigger buildings. The spirit of COPA has been exported to other Bay Area locales, as well.

Foreclosures in a different era

While the intent of SB 1079 was to learn a lesson from the Great Recession, times are different now.

Unlike yesteryears, homeowners have equity. Short sales and other real property vehicles that could give aid to distressed homeowners during the financial meltdown of 2007-2008 may not be of any help today. Instead, homeowners on the brink of foreclosure will likely put their homes up in a traditional sale.

It’s unclear whether the 45-delay in auctions will be long enough to help cities, nonprofits and other stakeholders come up with the funds to compete with bids. While eliminating bundling is a step in the right direction, says Leah Simon-Weisberg of the Alliance of Californians for Community Empowerment, there is a missing link. “One of the pieces that’s missing, obviously, is how are we going to fund keeping these properties in the community?” she said, “because having to match the highest bidder is difficult without funding.” 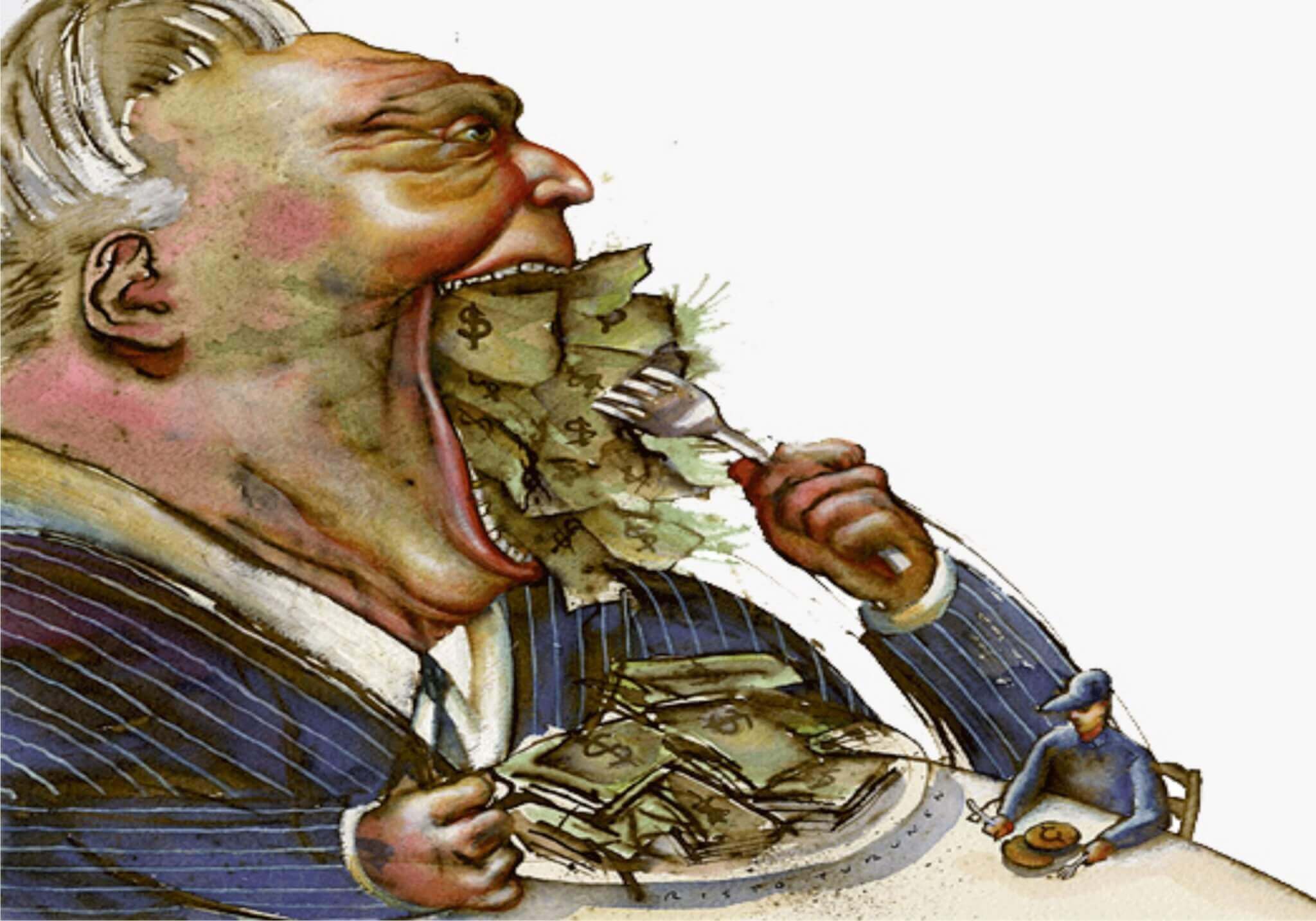 The distrust of well-heeled speculators and any entities other than a “natural person” is a recurring theme we have observed at Bornstein Law. Anyone hear the adage, “the rich get richer”? It hasn’t gone out of style.

Way back in May 2018, we wrote about tax reform that came by way of the federal Tax Cuts and Jobs Act (H.R.1). There was a lot of criticism over the tax breaks afforded to flow-through entities that screamed “greed-fueled landlord” to many.

We attempted to debunk this logic, noting that the then-new tax rules would benefit anyone who invests in rental real estate, including mom and pop landlords. In fact, roughly 95% of all businesses are categorized as pass-throughs, and they are very common for small business owners. In a pass-through, profits are merely passed through to the owners of the business, who then report that income on their individual tax returns and pay tax on it, with the rest of their normal income, and thus, there is nothing all that arcane or evasive.

Under the state’s Tenant Protection Act of 2019 (AB-1482), single-family homes are exempt from statewide rent control unless owned by a corporation, real estate investment trust, or LLC in which at least one member is a corporation because lawmakers expressed wariness of these ownership structures that are most likely to be sophisticated enough to take advantage of loopholes.

Debt service and property tax pass-throughs have also gone the way of the dinosaur, we said in this blog, because of the natural distrust of speculators and corporations that are perceived to be most able to recoup costs and investments. Ironically, Goliath landlords are most able to absorb rising costs and huge mortgages with less discomfort, so it is the smaller landlords who have been more adversely impacted by the inability to ask tenants to chip in and contribute to improvements in the quality of their living.

In one of our more engaging social media posts, we expressed puzzlement when Veritas Investments, one of San Francisco’s largest landlords, incurred the ire of tenants’ advocates after half of the rent was forgiven. This act of compassion did not go far enough for protesters organized by HRC, the Veritas Tenant Association, and the Westside Tenant Association.

We can reference other instances of laws, rules, and acrimony expressed toward large landlords, but they are too many to name here. Suffice it to say, large landlords and entities other than a natural person have had a target on their backs for some time. SB 1079, signed into law in late September, is only the most recent example of misgivings by lawmakers and their constituents, with small landlords sometimes becoming the casualty when the line becomes blurred.

Although we have a special affinity for mom and pop landlords, we are an equal opportunity law firm that has represented institutional investors and international banks. Landlords of any size or ownership structure can rely on the informed advice of Bornstein Law.