The no eviction without representation movement

Whether by ballot or Board vote, San Francisco wants to give renters the right to legal representation when they face eviction. While landlords nearly always have legal counsel, a report by the Budget and Legislative Analyst estimates that upwards to 90% of evictees lack representation in San Francisco Superior Court. In an “only in San Francisco” phenomena, though, there is a dual crusade to right this perceived inequity.

Both the San Francisco Board of Supervisors and a grassroots group called the Right To Counsel have floated proposals to make San Francisco the first city in California to provide legal representation for tenants that are facing an unlawful detainer action.

The group’s name, which connotes the entitlement to legal aid, is misleading. The right to counsel, of course, is a right guaranteed to criminal defendants under the Sixth Amendment to the U.S. Constitution, but we can find nothing grounded in the law which expands this right to tenants.

This editorial suggests that city hall wanted to preempt or “copy” the grassroots effort to put the measure for evictee legal aid on the June 2018 ballot. Board President Supervisor and mayoral candidate London Breed was exuberant in leading the cause, so it seems that both city hall and grassroots groups are wrangling over who owns this perversion. Though substantially similar, both measures are pitted against each other as a wedge in the June mayoral race. The unintended benefit for property owners, it seems, is that the competing initiatives stand to stall the implementation of this radical concept.

Controverting the argument that the city is stealing the thunder of the grassroots movement, we must give credit where it is due and say that extending the right to legal representation to tenants, however foolhardy, is the invention of a predictable actor, David Chiu. The darling of tenant advocates, Senator Chiu emerged as one of the most prolific authors of tenant protection legislation and is spearheading the efforts to repeal the Costa-Hawkins Rental Housing Act. 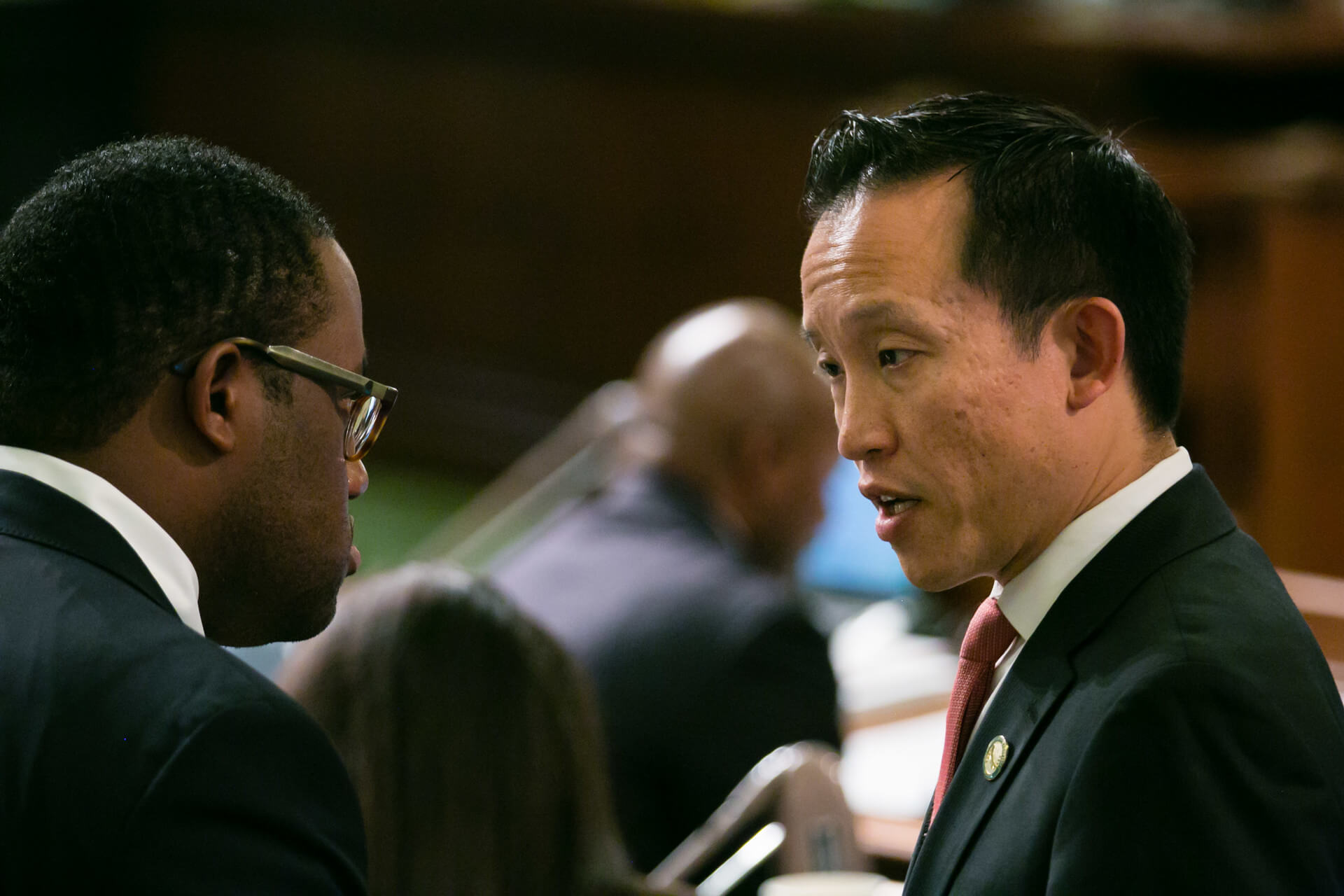 Then the Board President, Chiu floated a pilot version of a program in 2012. Partnering with the Bar Association of San Francisco, the initiative was aimed to provide full scope representation to tenants facing eviction to balance out the relative experiential advantage held by landlord attorneys, through pro bono referral programs that leveraged the resources of larger law firms in favor of tenants.

The logic of the ordinance that spawned the pilot program was hard to follow. It cited lofty U.S. Supreme Court cases that noted that “there can be no equal justice where the kind of trial a person gets depends on the amount of money [s]he has,” and that “there are fundamental principles of liberty and justice.” How these fundamental rights can be extended to eviction proceedings was not fully articulated, except to make a dubious comparison between the loss of liberty that could result from criminal prosecution, and the human needs that may be at risk in civil matters.

In case these legal arguments were not persuasive enough, the ordinance cited an obscure 1978 quote from President Jimmy Carter, when he reminded the national legal community that 90 percent of American lawyers served 10 percent of Americans. Unclear is how this oddly placed quote from a President uttered three decades ago strengthens the argument to expand Sixth Amendment protections to tenants. READ THE ORDINANCE HERE...

At any rate, while the two measures seem to be redundant, the difference is in how comprehensive each idea would be. Under the proposed ballot initiative, the City and County of San Francisco would establish, run and fully fund a program of legal representation for all tenants when they are faced with legal proceedings to evict them from their residence. Legal counsel would be available thirty days after service of an eviction notice. 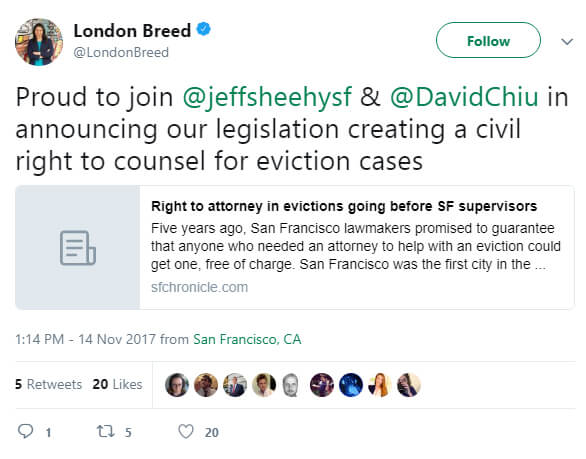 The Board of Supervisors tailors representation more narrowly – under the city’s plan, only low-income people that cannot afford a lawyer would be entitled to legal representation. If the tenant is the subject of a “just cause” eviction for failure to pay rent or other lease violations, they will go it alone – the city’s plan only applies to “no fault” eviction cases.

With overwhelming support for some iteration of a tenant's right to legal representation, it is likely that free counsel will be afforded to tenants in some form or fashion, but there should be a rigorous means test. Indigent criminal defendants must in fact be unable to afford an attorney, and so in a choice between the lesser of two evils, we side with the city's more tempered plan to provide legal representation only to those tenants that genuinely cannot fend for themselves. We hope that any eventual program scrutinizes the income of the legal aid recipient to ensure that there no one is taking advantage of the system.

We find it objectionable that the discussion is framed in a "David versus Goliath" narrative. It is presumed that the tenant is helpless, while the landlord has vast resources at their disposal. In fact, many landlords are on fixed incomes and do not have the means to pay for an attorney. This is all the more true when the underlying cause of the eviction proceeding is the failure to pay rent. Should the housing industry band together to afford free legal representation to landlords, as well? We don't see much distinction. Both the tenant and landlord have interests, and it appears that tenant interests have been prioritized over that of the property owner's.

At Bornstein Law, our resolve is unchanged

Landlords may soon be greeted in court by tenant attorneys. These attorneys often have clever defenses they raise to stop or at least postpone unlawful detainer actions, such as improper notice, neglected repairs and the like. This makes it imperative to hire a landlord lawyer that can ensure all of the I’s are dotted and the T’s are crossed in managing a failed tenant relationship.

If you encounter friction within your rental unit, it is always prudent to contact an attorney and now, it seems the stakes just got ratcheted up.