The rent and eviction control reckoning as the pandemic dissipates

As rental housing providers deal with the residue of the pandemic, there is another contagion: the spread of rent and eviction controls throughout the Bay Area as unfamiliar faces join the cause and cities take on a once-taboo subject

When our legal careers began over 26 years ago, we focused our practice on dealing with the ordinances in San Francisco, Oakland, and Berkeley. These were the only three locales that had rent and eviction controls. Fast forward to today and there are fifteen. There may soon be more jurisdictions to pass or debate rent stabilization laws and related tenant protections, according to this San Francisco Chronicle article.

In an interview seven years ago, Al Jazeera asked Daniel Bornstein about the source of the housing dearth and whether the tech industry has played a role. His response: rent control creates a situation where the longer a tenant resides in a rental unit, the cheaper the rent becomes for the tenant, and what that means is that we don't have that fluid nature of people moving on to new housing allowing for additional opportunities for new housing to open up.

Daniel went on to say that with the Bay Area home to world-class educational institutions and a technology sphere that the rest of the world would relish, we should welcome a vibrant economy and high-salaried jobs. There are always disruptors in the economy. Jobs were lost in the typewriting industry, for example, when typewriting went out of fashion, but we don't mourn this today,

He pointed out that the housing crisis has been caused by a host of factors and cannot be attributed to any one cause. At the end of the interview, it was conceded that San Francisco's growing pains will, unfortunately, come with some people being priced out of the city.

Keep in mind, this was when only a handful of cities were poster children for rent and eviction controls. But since that interview aired and as rents continued to spike, tenants moved to the East Bay and further away to escape high rents, only to find that there was not much respite there; rents inched up in their new surroundings. Technology hubs became tasked with accommodating not only high-salaried engineers and programmers but cafeteria workers, shuttle drivers, and security guards. 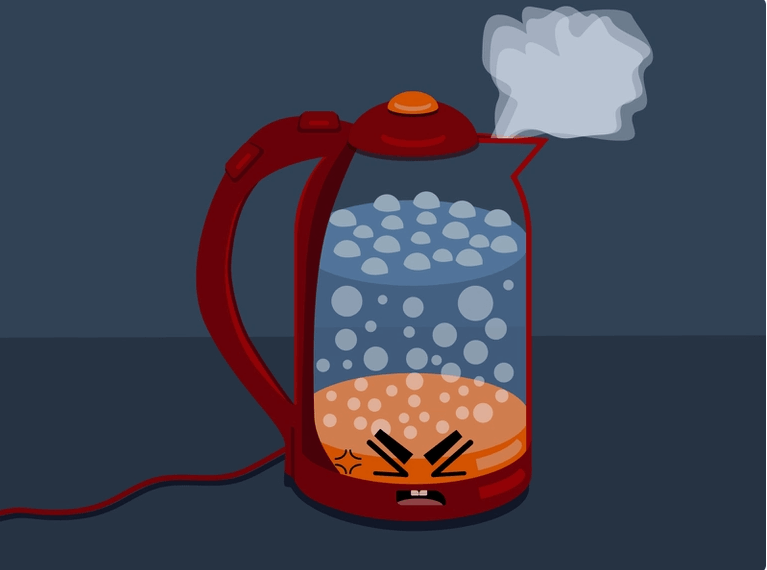 How much further would renters be pushed before frustration reached a boiling point and local governments were forced to take on the once-taboo subject of rent control?

It has reached that point, and this discontent is shared by inspiring homeowners, as well.

This cohort has been dubbed "perma-renters." Young people with good jobs and upwards mobility hoping to realize the American Dream. Full of hope and with a life of prosperity ahead of them, they see no viable path to homeownership with home prices so high. This disenchanted group locked out of homeownership has become increasingly engaged in the movement for rent control.

Enter rising costs. With everyone paying more for everything, the calls for rent control have a receptive audience. Once a fringe movement, advocates for rent control are winning the hearts and minds of renters who have come off the sidelines just now because of suffocating costs.

The Chronicle article points out that stronger renter protections are more palpable in corners of suburbia that were once far away from the activism we would once only expect in progressive cities.

"What sort of was the tipping point, I think, is inflation, and renters being really fired up about the way that they've been treated and what they've had to deal with on top of this pandemic... It's kind of the perfect storm."

Tenant advocacy groups are riding the wave. Take, for instance, the Alliance of Californians for Community Empowerment Action (ACCE), a grassroots organization that has traditionally had a presence in urban areas but now has a foothold in Contra Costa County.

A cornucopia of new protections with more taking shape

By capping rents at the lesser of either 60% of CPI or 3%, Antioch has joined an ever-growing club of cities to add new tenant protections and landlord responsibilities in recent memory.

These can come in the form of rent increase limitations, anti-harassment laws that only add teeth to existing laws on the books, ordinances that allow tenants more time to remedy nuisances and other lease violations, and the requirement that landlords offer an initial lease term of 12 months. Not to mention rent registries that penalize landlords who do not share reams of data with a local Rent Board and vacancy taxes that impose a financial consequence on owners who do not use their property for the public good.

In Oakland, voters will decide at the ballot box whether "just cause" eviction protections should be expanded to all properties. If this measure comes to pass, many owners will be horribly disappointed to discover their property is no longer exempt from a complicated regulatory regime. 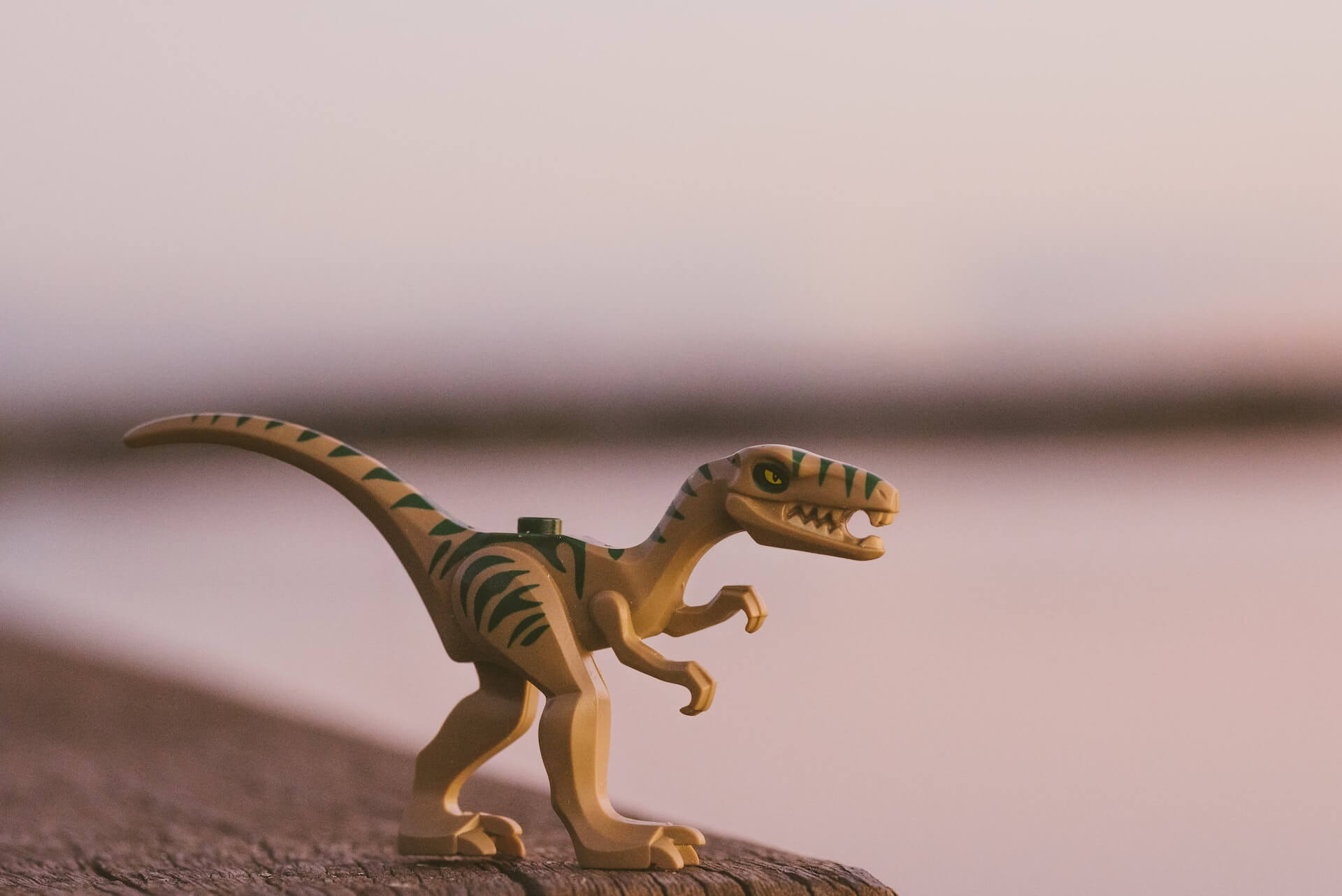 Except for the most egregious of tenant conduct that poses a threat to public health and safety, Bornstein Law has been doing a lot of commiserating and empathizing with clients in Alameda County, with not many options at our disposal because we can't use the courts.

With Los Angeles phasing out its eviction moratorium, Alameda County has earned the dubious title of being the only locale in California that has refused to revisit its policies put into place during the heart of the pandemic. Yet as many of you know, there is a promising lawsuit challenging the moratoria.

We gave an update on the litigation here →

During a recent hearing that aired out arguments for and against the moratorium, one of Magistrate Judge Laurel Beeler's concerns was that there is no end date to the eviction ban. There's no end in sight. She wondered aloud whether such an ordinance could be upheld outside the context of a public emergency. In other words, were local politicians pursuing a public policy to advance tenant protections apart from COVID relief? If so, this was very troubling to Judge Beeler.

San Francisco also clinging to tenant protections that made sense during the shutdown of society but make little sense today.

We can't give local governments in the Bay Area an A grade for originality. Normally, when one jurisdiction passes an ordinance that strengthens protections, another locale follows suit with something that looks like a carbon copy of a sister city.

For some time, Oakland has had what we dub a "pre-notice notice," affording renters more time to cure certain violations of the lease such as unauthorized pets, loud music and partying, subletting without the permission of the landlord, etc.

San Francisco has borrowed from Oakland's playbook by requiring landlords to first issue a 10-day warning letter before serving the more formal 3-day notice we are accustomed to. This will likely reduce the number of evictions because tenants will have more time to get their act together, but for other rogue tenants, this additional time will allow them to continue a rampage of property damage or nuisance behavior at the expense of the property owner and/or neighboring residents.

The extra time required will certainly elongate the eviction process and the legal expenses associated with it.

Yet it could have been worse.

San Francisco lawmakers initially required a 10-day warning letter to non-paying tenants before serving a 3-day notice to pay rent or quit. This ordinance flew in the face of state law and the court ruled that it didn't pass constitutional muster. It was shot down.

Rental property owners in San Francisco will still have to face the possibility that non-paying tenants (often represented by a free attorney) can still assert a COVID-19-related hardship for rent that becomes due on or after July 1, 2022. Aware of statewide eviction protections about to expire, prophetic lawmakers enacted their own regulatory regime.

Even so, we continue to serve 3-day notices demanding payment of rent and have developed strategies to maximize the likelihood of success for our clients in accomplishing the dual goals of recovering possession of the unit and recouping past rent debt.

In a September 20 webinar, Daniel Bornstein surveyed many legal updates throughout the Bay Area, sprinkled with some actionable insights.

So, as you can see, there are some local governments that cannot get out of the stone age. The question is whether the momentum of reform on the local level will percolate to the statehouse.

One thing that we have learned about tenants' activists is that they are a resilient bunch and the operating motto is "try, try again." Even if big, bold initiatives such as repealing Costa-Hawkins and eroding the Ellis Act fail time and time again, the crusade would be taken to the local level, we predicted. Even if owners' rights could not be stripped away in a wholesale fashion, they would be melted away slowly like a candle. Both premonitions have come to pass.

We said in an earlier article on efforts to reform the Ellis Act  that "what the legislature giveth, they can taketh away." Thus far, the California Legislature has taken a balanced approach and cooler minds have prevailed, but there is some concern as to whether a surge in grassroots, local reforms could translate to larger state reforms in the coming years.

Often drowned out in this debate are the voices of landlords. In our next article, we attempt to make their case and pose the question of whether the push for more stringent tenant protections is like a dog chasing his tail and only aggravates the housing crisis.