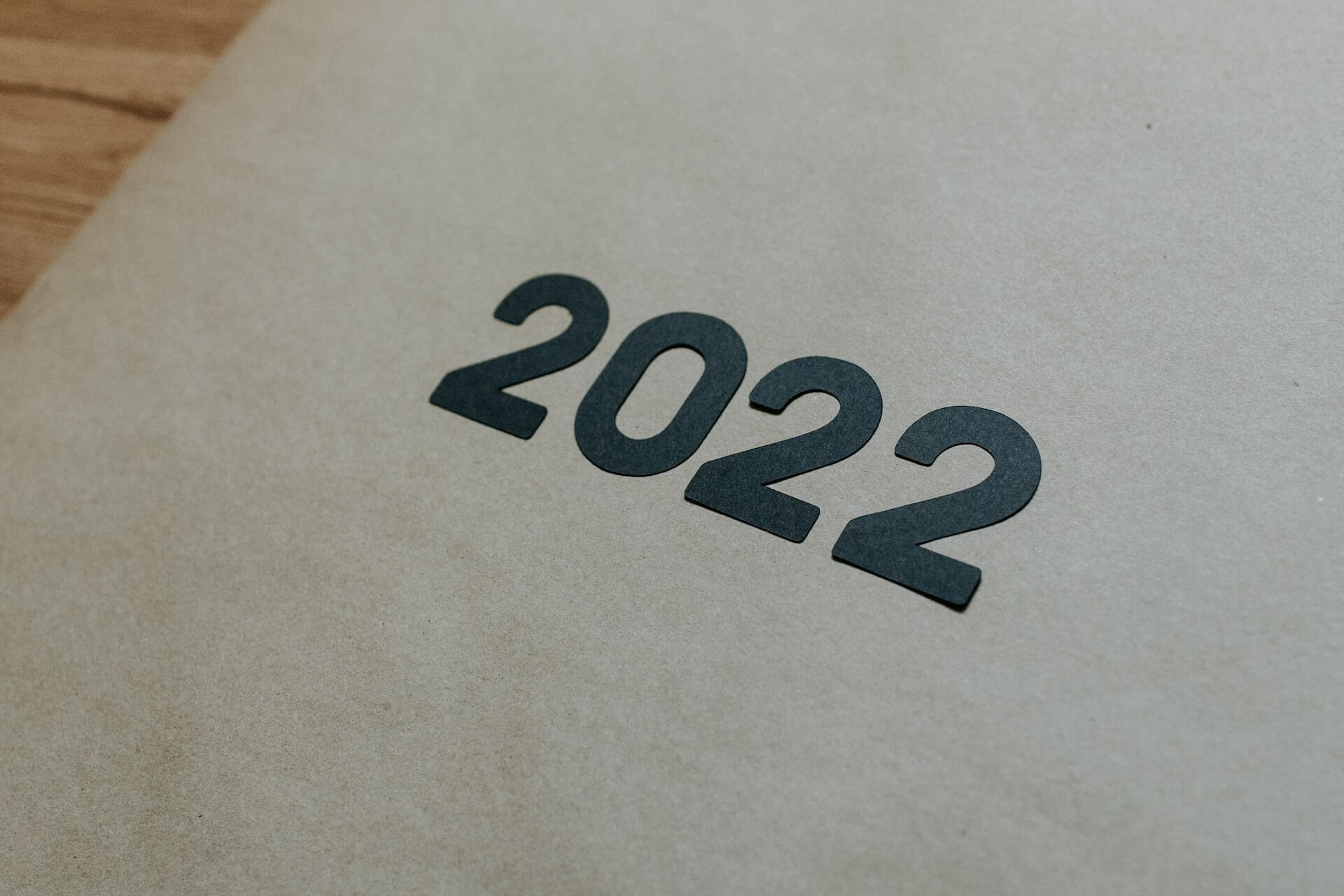 Year in review: A look back at some consequential events for rental housing providers in 2022

It's been said that this year's book at midnight turns into the footnote in the next. That's partially true. For landlords, property managers, and real estate practitioners, a new regulatory regime that was spawned in 2022 will be more than a footnote in the new year. Some perspective is in order. 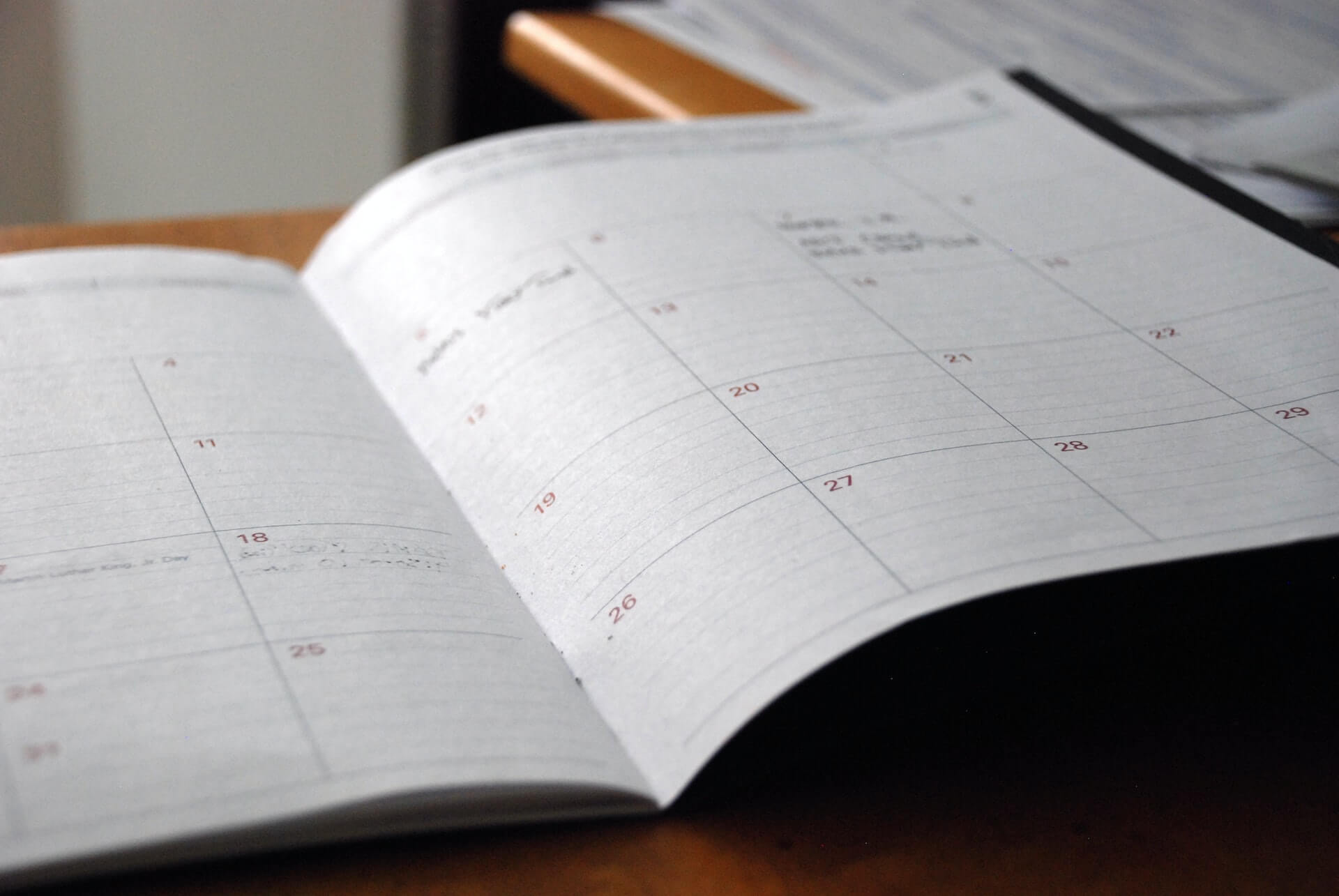 Statewide eviction protections end but some defiant locales continue to be out of step by continuing COVID-related protections.

After COVID reared its ugly head, the public policy priority was to stabilize housing, shielding residents from eviction for non-payment of rent. Rental housing providers became the only sector in society to be told to provide a free service without compensation. As moratoriums expired, we saw extension after extension, but this came to an end in the summer of 2022.

When the state’s ban on eviction expired on July 1, 2022, many predicted an eviction tsunami but that never came ashore. Nonetheless, some locales were adamant about keeping local protections in place, most notably the city of Oakland and the County of Alameda. They remain to this day and have survived judicial challenges for now, but litigation continues.

From our archive of articles: Is there any end in sight for Alameda County landlords?

After being elected Alameda County Supervisor with the backing of real estate groups, Lena Tam is now poised to help end or significantly scale back the county's moratorium if she sides with her new colleagues, Supervisors David Haubert and Nate Miley.

Thus far, however, Tam has refused to take a stance on the eviction moratorium, saying she prefers to study the data on COVID rates before making any definitive decision. Spoken like a true politician, yet we are confident she will be a voice of reason and break up the gridlock on the Board.

In San Francisco, tenants can still use a COVID-related hardship as a defense to an eviction action. While we are still serving 3-day notices to pay or quit, we don’t know how the case will unfold until the tenant claims a hardship related to the pandemic. 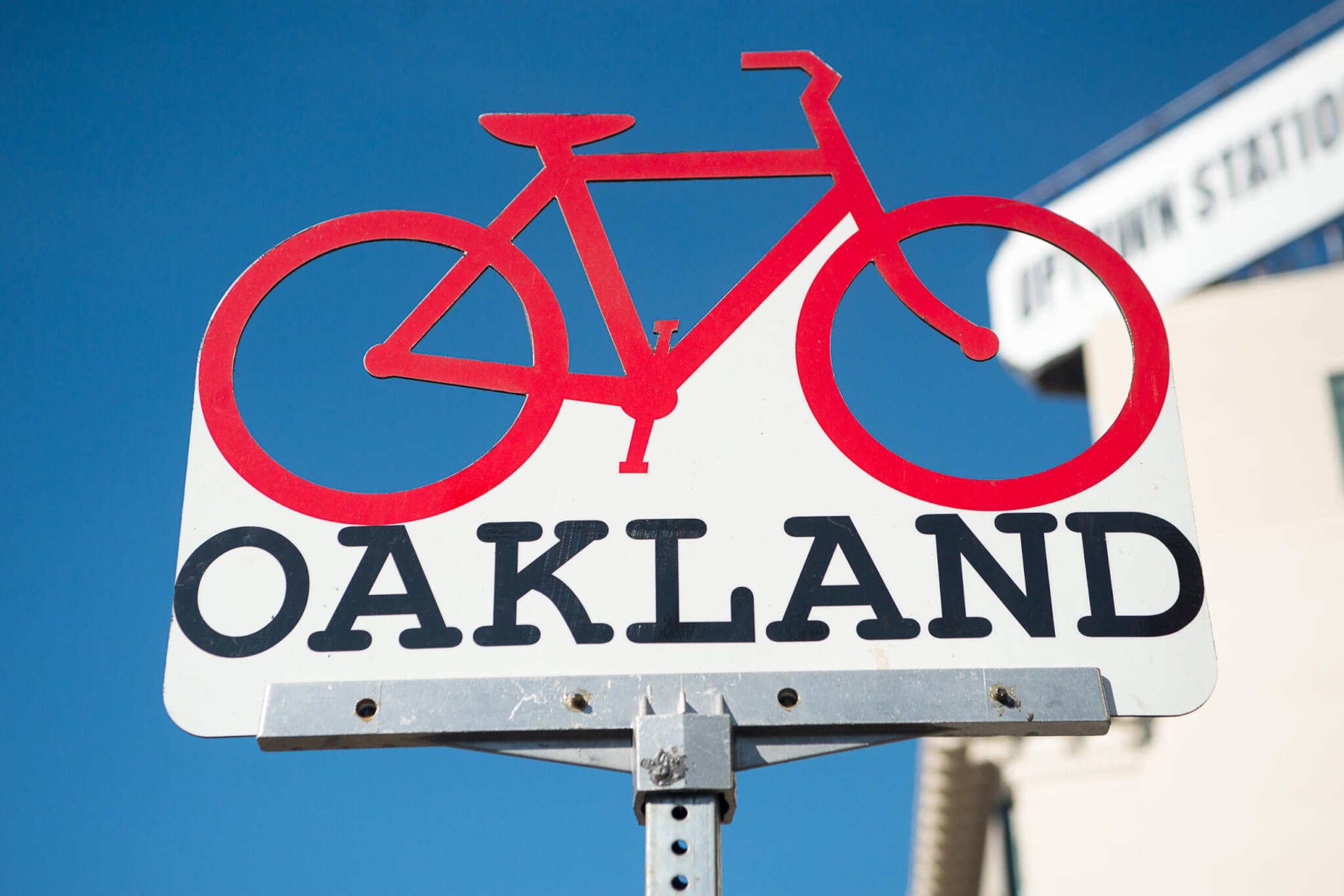 Oakland expands just cause eviction protections to virtually all properties throughout the city, exposing a throng of owners to a new regulatory regime.

Many property owners who were previously exempt from just cause eviction requirements are now subject to a new regulatory regime after Oakland voters gave the thumbs up to Measure V.

For many landlords, Oakland's rules are completely foreign to them and we suggest that they get a crash course on this topic through the city's website or better yet, tether themselves to a law firm that is intimately familiar with just-cause requirements.

We covered this measure in depth in this article → 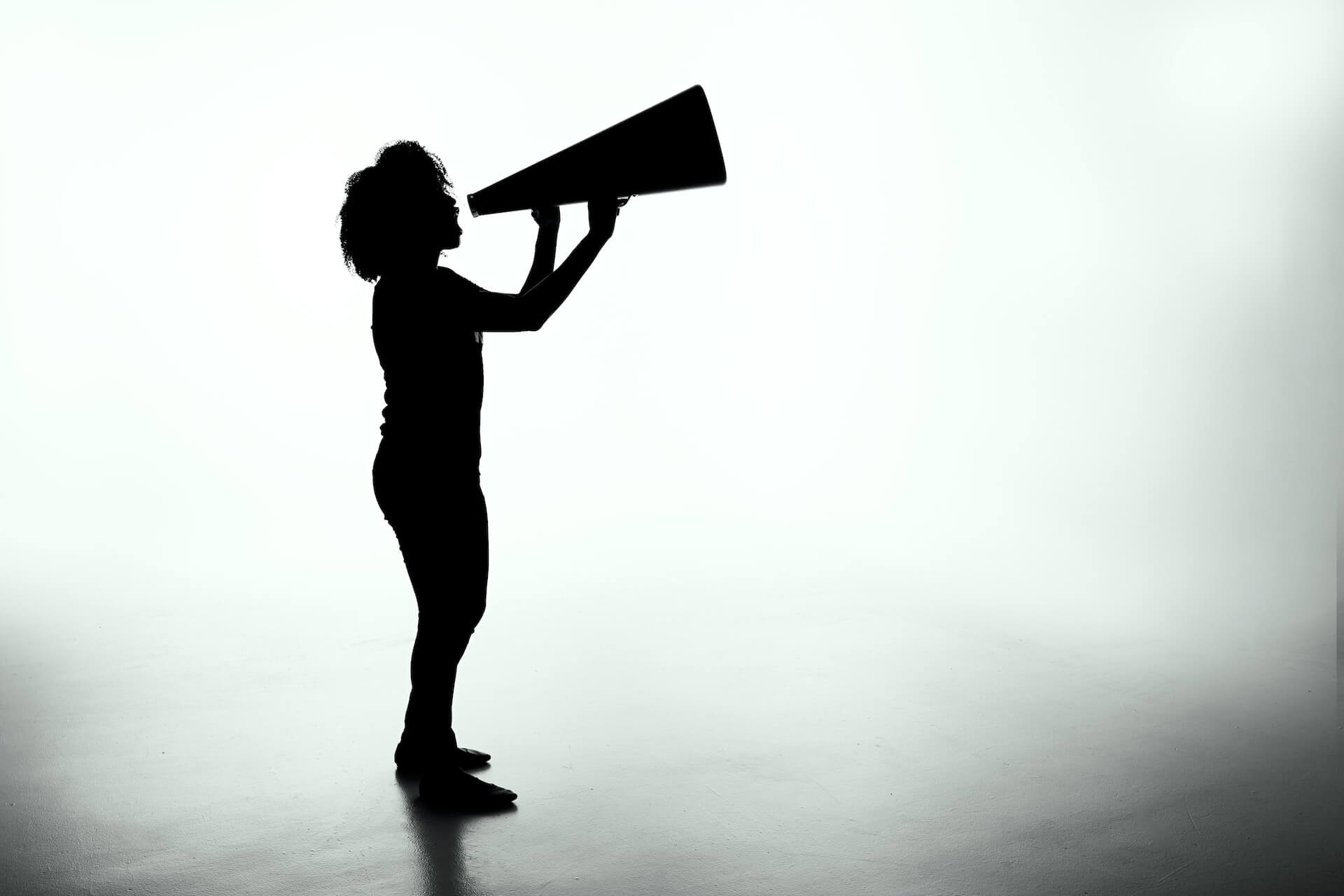 Amid inflation, the calls for rent control expand outside of urban areas and seep into suburbia.

As rental housing providers deal with the residue of the pandemic, another contagion is spreading: the calls for expanded rent control in suburbia and places not known for tenant activism, like locales in Contra Costa County. Take Antioch, for example, where lawmakers passed a rent stabilization ordinance not so long ago.

The cry out for increased protections has resonated with "perma-renters" - aspiring homeowners with a good job and full of hope but who still cannot afford to purchase a home. Rising inflation has helped the cause as renters previously on the sidelines now say the rent is too high.

We discussed these phenomena here → 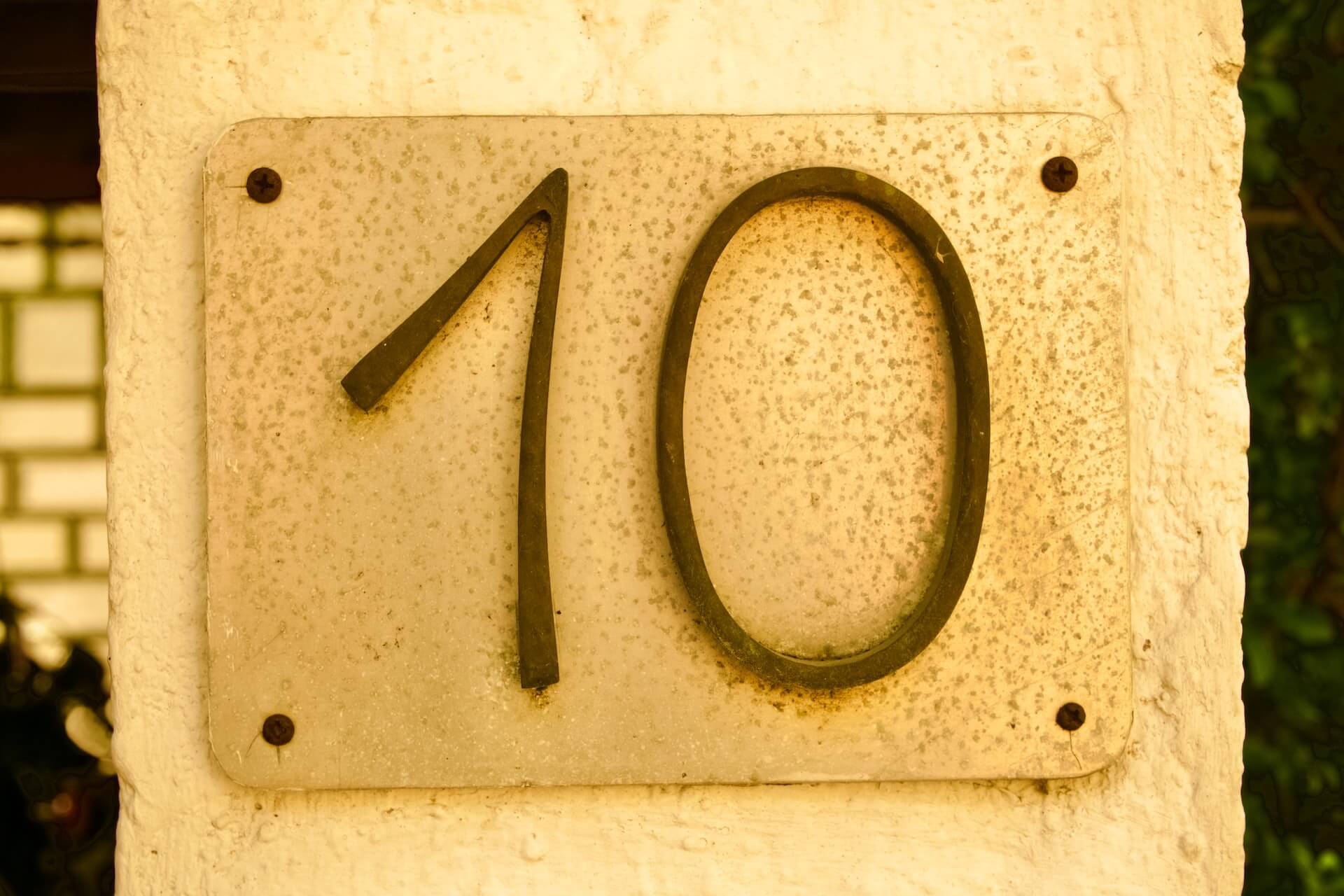 More time is afforded for San Francisco tenants to cure nuisances and other violations of the lease.

San Francisco’s staunchest tenant advocate, Supervisor Dean Preston, championed an ordinance that compelled landlords to provide a 10-day warning letter before serving a traditional 3-day notice. The measure passed, but this victory was short-lived for tenant activists after our industry partners successfully argued in court that the obligation to pay rent was governed by state law. We resumed serving the standard demand for rent without letting any time-lapse.

Barring an imminent threat, however, we still have to give the tenant a 10-day warning period to correct nuisances or another type of breach of the lease, such as unauthorized pets, subletting, and the like. 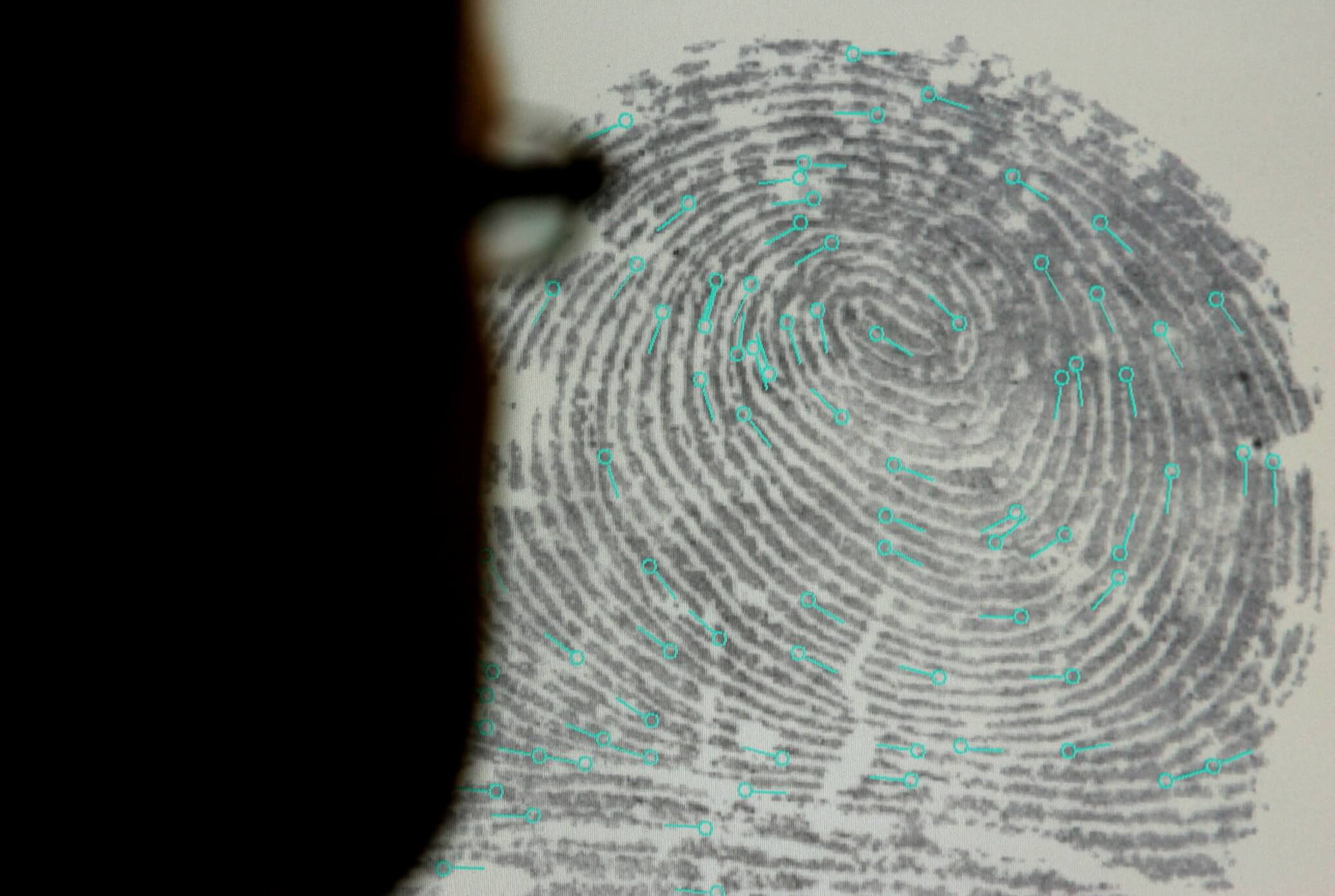 Big brother is watching. In 2021, the San Francisco Board of Supervisors passed a citywide rent registry. Policymakers say it is not technically a rent registry, preferring to call its program “Housing Inventory,” but it’s a registry.

San Francisco’s reporting requirements went into effect July 1, 2022, for buildings with 10 or more rental units. Landlords must also provide updated information to the rent board every March thereafter.

Owners of condominiums or buildings with 10 or fewer units are required to report information by March 1, 2023. Download our PDF guide here →

We have criticized these databases for some time now - please Google “Bornstein Law rent registry” for some of our diatribes. 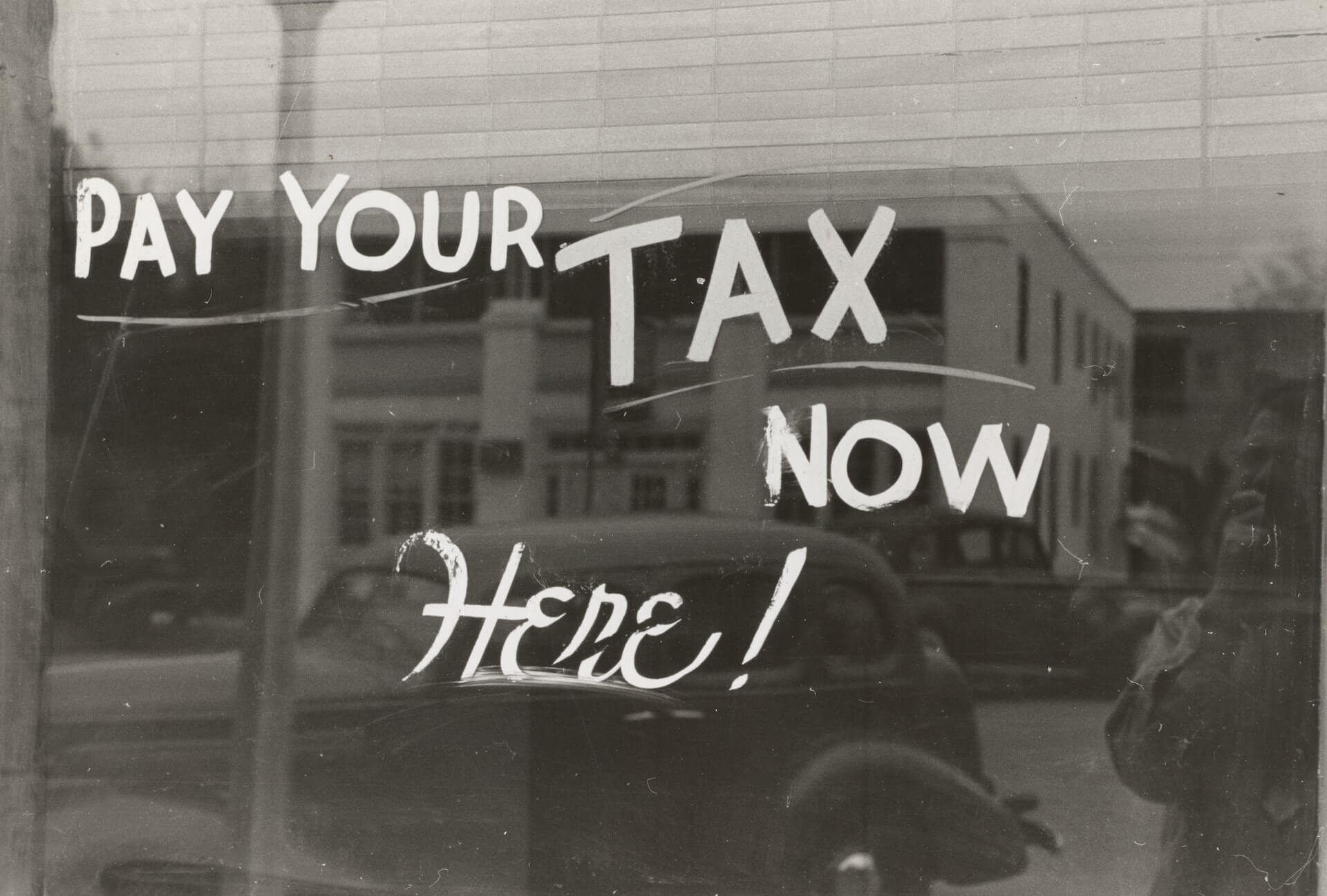 Owners of vacant properties in some locales will now stare at a punitive tax if their real estate is not used for the public good.

When someone owns something, be it a property, a vehicle, or a television, it stands to reason that they can use it or not use it because after all, they own it, right? Not so fast.

Oakland already had a vacancy tax on its books. In 2022, San Francisco and Berkeley followed suit as "voters continue to view property owners as the ATM to fund all of the city's policies," in the words of Charley Goss of the SF Apartment Association.

The number of units that will be impacted by the punitive tax is debatable, with both cities accused of throwing out inflated numbers. Several exceptions have been carved out. 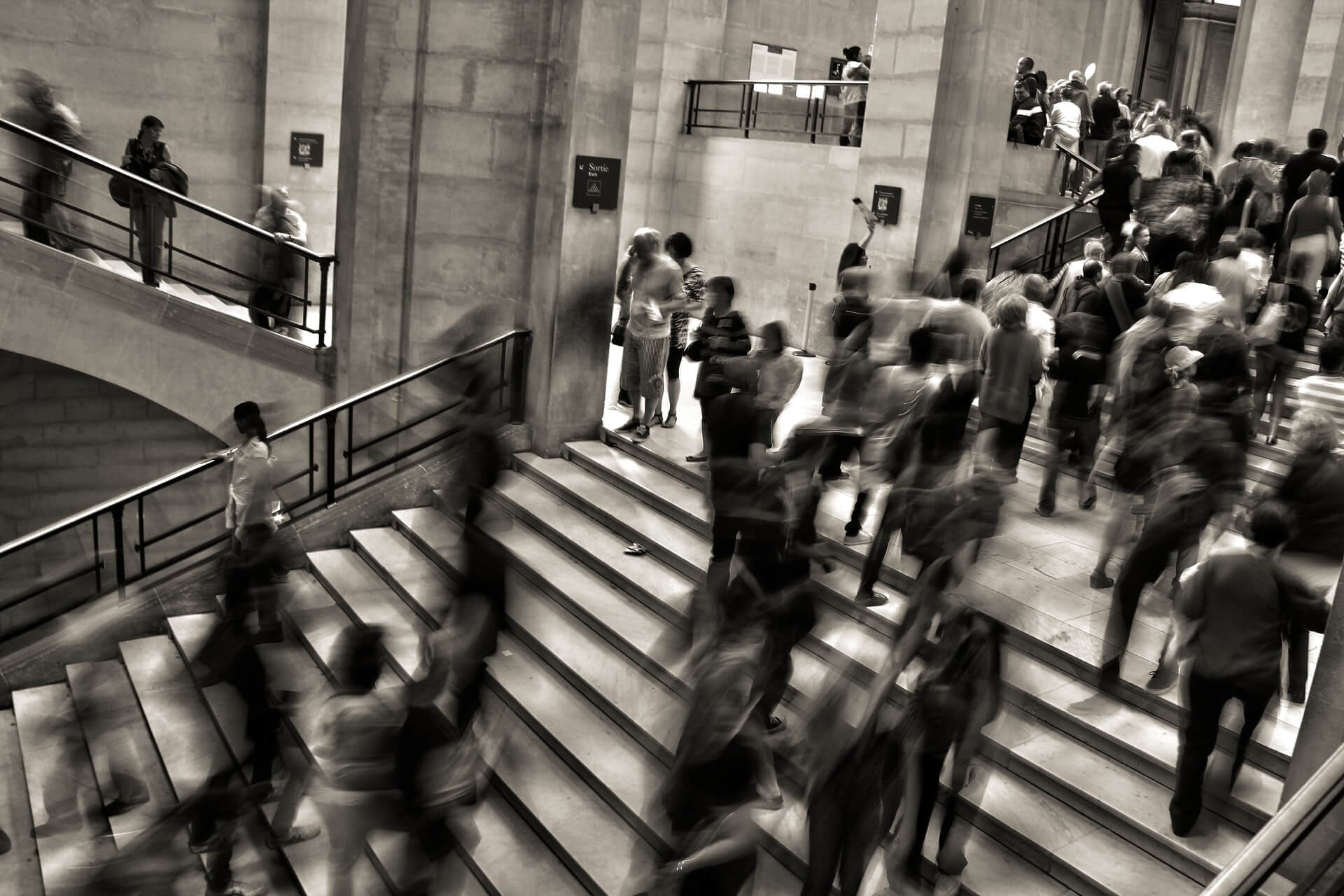 An unbundling of households as the pandemic subsided, leading to a re-shuffling of occupants and an uptick in owner move-in evictions.

Out of economic necessity, many housemates lived together during the pandemic. When society returned to normal, they went their separate ways. Still others allowed to work remotely fled the high costs of the Bay Area, only to find that their mothership employer called them back to the office.

These have been some tumultuous transitions and the concern we have had with all of the comings and goings is that landlords often do not know who is occupying their units and rental relationships become blurred. A master tenant has left the unit, for example, with subtenants and other guests lingering after the master tenant jumps ship. Another example is a family member or another guest who was given permission to stay but since overwarms their welcome and refuses to leave.

Of course, Bornstein Law can make sense of these rental relationships and assist owners in regaining control of their units. For those owners or their close relatives who have left the Bay Area to seek greener pastures, our office can effectuate a proper, code-compliant owner move-in eviction or relative move-in eviction. 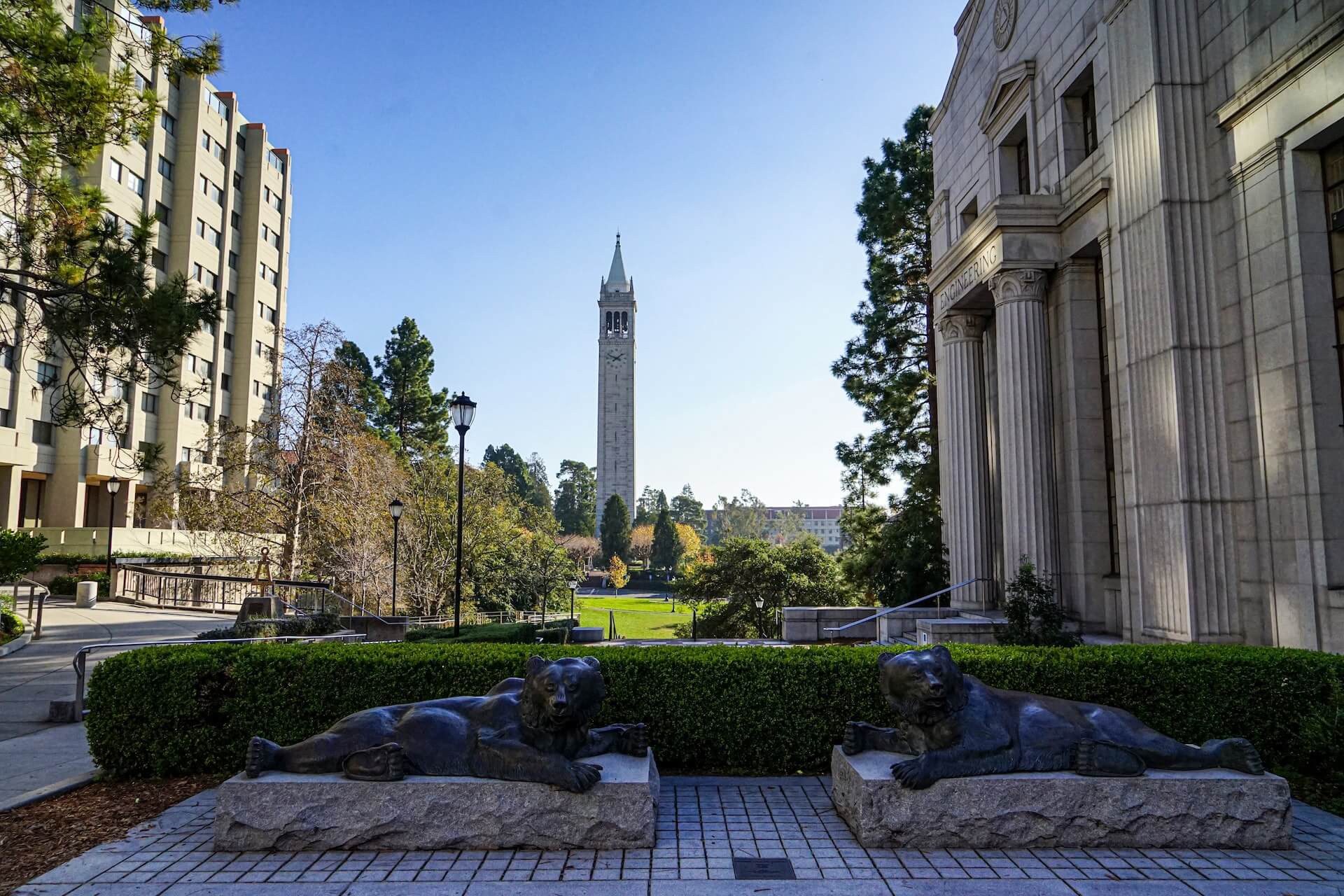 Berkeley has been a beehive of activity, with some progressive measures defeated and others sailing through.

Earning its unique spot in history, Berkeley is noted for its activism-infused heritage and precedent-setting public policy initiatives. There has been no greater evidence of this progressivism than the city’s tenant protections.

Although voters gave the thumbs up at the ballot box to impose a vacancy tax, many other ominous measures were kept at bay. Krista C. Gulbransen, Executive Director of the Berkeley Property Owners Association (BPOA), points to the successes of defeating the bond measure and keeping any modifications to the city’s Rent Stabilization Ordinance off the ballot.

To use a new year's quote from the rock star David Bowie, "I don't know where I’m going from here, but I promise it won’t be boring."

Although we know that several crackpot measures have been defeated in 2022,  a tenant caucus has been formed by legislators in California's State Assembly and there is no indication that the vocal calls for expanded rent and eviction controls will be somehow muted in the new year.

As we keep an eye on developments and the bigger picture, our office will remain busy in the trenches resolving the day-to-day disputes that arise in landlord-tenant disputes and accomplishing the practical real estate goals of our clients.

Warm wishes for a blessed, healthy, and prosperous New Year.