Hey, Mr. Weatherman, when can I raise the rents?

On the same day Governor Newsom lifts rent caps from areas that were ravaged by fires years ago, he declares states of emergencies in other counties because of inclement weather.

Sure enough, on December 30, the Governor declared a state of emergency tied to the winter storm. That’s right - if it doesn’t rain, it is a crisis triggering anti-price gouging laws, but if there is too much precipitation, landlords in affected areas are also prohibited from raising rents more than 10% above pre-emergency levels for the life of the declaration.

Act one: Mother nature throws us a curveball, or there is an oil spill in the Pacific Ocean. Act Two: An emergency is declared. Act Three: California's Penal Code Section 396 is automatically triggered. This law sets caps on goods and services, including rents when the President, Governor, or county/local officials sign an order with a stroke of a pen. Given the volatility of mother nature and other mishaps, it seems that we will be in a perpetual state of emergency. Throw a dart on the map and there is likely to be a disaster.

What does rainfall or an oil spill in the Pacific have to do with the demand for rental units? The answer, of course, is nothing.

Nonetheless, as states of emergencies are declared and renewed, "owners of rental property are frozen in time unable to keep pace with the costs of operating their buildings," says California Apartment Association CEO Tom Bannon in a letter to the Governor’s office.

We concur. If you haven’t noticed, prices for goods and services are going up at an alarming rate and we haven’t seen this kind of inflation since watching “Dallas” and “The Jeffersons” on television.

In many locales and through the apparatus of statewide rent control (AB 1482), the permissible amount of rent increases is pegged to the Consumer Price Index (CPI), but this is not the most accurate barometer. The CPI takes into account consumer staples but does not adequately reflect the rise in expenses landlords are sacked with like insurance, taxes, maintenance, and other operating costs. 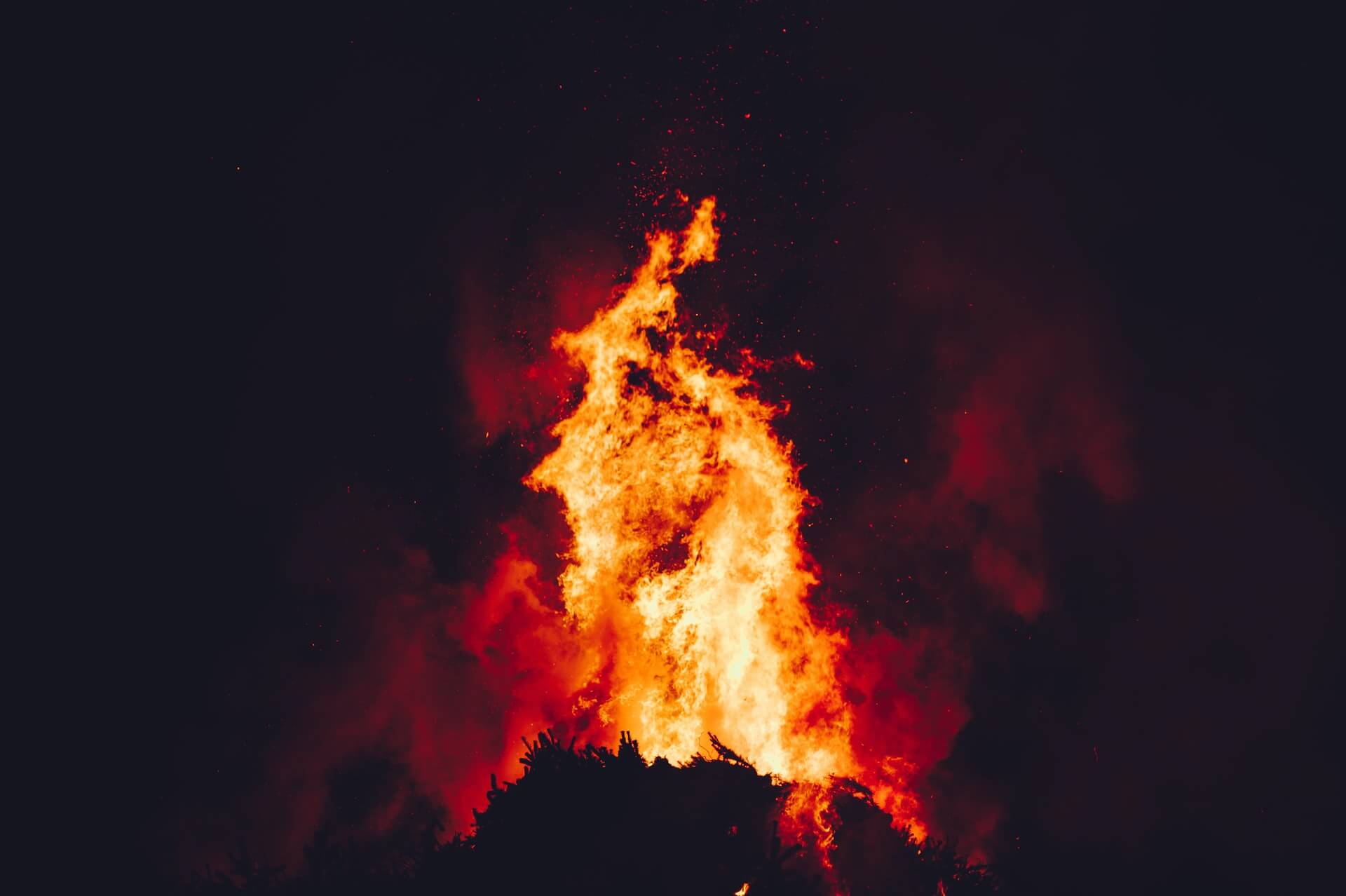 One step forward, two steps back?

It seems that the Governor set aside some time to tackle the issue of price gouging on December 30. Just as he issued a new declaration for several counties, Newsom axed longstanding rent caps in California's Wine Country.

For landlords in Napa and Sonoma counties, the permissible rent increase has long been limited to 10% above what the rent was in 2017. As of December 30, this restriction has been lifted, with good reason. After fires tragically ravaged the North Bay, the construction of new properties has far surpassed the number of housing units burnt down to the ground.

The destruction has been gut-wrenching to watch, but through the courage, resilience, and hard work of our neighbors, they have bounced back and so it was time for rental property owners to return to a state of normalcy, at least in terms of rents.

While the removal of rent caps is cause for celebration in those counties, landlords in other parts of the state now find themselves subject to rent caps because of inclement weather. Close to home, a prohibition on price-gouging now blankets the counties of Alameda, Marin, Placer, San Mateo, and Sacramento.

These bans make no distinction between existing tenants and a unit turnover. Nor does it exempt certain types of rental units such as single-family homes – the law applies to all rental units, regardless of size, location, or age.

A well-intentioned law that has gotten out of hand

The goal of anti-price gouging laws, of course, is to prevent businesses from exploiting the state of emergency to unlawfully raise prices and to ensure that hurting Californians are not victimized twice. In the aftermath of a disaster, it is time to come together, not to unscrupulously profit from someone’s misery.

We would normally associate price-gouging with consumer staples and emergency supplies. Hand sanitizer, gasoline, toilet paper, flashlights, blankets, radios, and so forth.

Yet “lodging,” including permanent or temporary rental housing, hotels, motels, and mobile homes are also covered. This makes sense when residents lose their housing or are at risk of displacement, as this news piece vividly illustrates.

The Attorney General’s office has made it clear that a ban on exorbitant price increases do not only apply to the city or county where the emergency or disaster is occurring or occurred. Rather, it is intended to prevent price gouging elsewhere where there is increased demand as a result of the disaster, and lodging is used as an example. On a FAQ page, it says,

If a fire in San Diego County causes residents to evacuate to neighboring Imperial County, hotels in Imperial County may not raise rates by more than 10% to take advantage of the increase in demand for lodging.

How price-gouging laws are applied leaves us scratching our heads but no matter our objections to the laws, we have to deal with them.

Unlike a fire or other natural disaster that causes damage to property and can uproot tenants, a drought or oil spill has no nexus on apartment demand. Yet we still need to be aware of the rules, and it can be maddening.

In establishing how to calculate the allowable 10% rent hike, it raises the question: what is the base rate? If rented within one year prior to the date on which the emergency was declared, the base rental price is the most recent rent offered prior to the proclamation.

Was the unit vacant at the time of the declaration but not subject to rent control? If so, we need to put a finger on what it was rented or advertised for within one year of the emergency declaration, as this will serve as the base rate.

Where it gets interesting is when the unit was once rented and subject to rent control but was vacant at the time of the emergency declaration. Typically, rents can be raised to market rate when there is a vacancy, but this calculus is changed during a state of emergency. The rent amount for a vacant unit in a rent-controlled jurisdiction cannot exceed 160% of the “fair market value” prescribed by HUD.

If you own housing that was not advertised for rent prior to a declaration of emergency - you are renting it for the first time - the law reads that landlords likewise cannot set the rent price in excess of 160% of the fair market value of rental housing, as determined by HUD.

Although landlords can terminate a tenancy, price-gouging laws prohibit the landlord from re-renting the unit at price higher than what could have been legally charged to the evicted tenant under the rent cap triggered by the state of emergency.

There are myriads of local rent control laws, freezes on rent increases, and while sometimes drowned out by news and developments surrounding COVID-related tenant protections, let’s not forget that we still have the California Tenant Protection Act of 2019 (AB 1482) which regulates how much can be raised statewide if there are not more stringent protections on the local level.

With so many rules that govern rent increases, landlords and property managers are well-advised to consult with Bornstein Law whenever a rent increase is contemplated or if prior rent increases are allowed, as they may come back to haunt you.

On the question of enforcement

Except for the most egregious acts of price gouging in housing, we are not aware of vigorous enforcement of landlords raising rents in violation of anti-price gouging laws, but rental housing providers should not be emboldened.

There is no government board that inspects rent prices before and after an emergency declaration, but it can be alleged by aggrieved tenants and litigated in court. When there is a problem in the rental relationship, you can rest assured that an improper rent increase can be exposed, especially when the tenant is represented by an attorney who looks at the forensic history of the tenancy.

We can draw a parallel with renting out unwarranted in-law units. If the landlord and tenant are getting along, there may be no reason to change the status quo of taking rent from someone in an unwarranted unit. If the relationship sours, however, the disgruntled tenant could sue the landlord. Having accepted rent for an unwarranted unit for many years, it is entirely possible that the property owner has hundreds of thousands of dollars in liability.

Not only will an improper rent increase tank an eviction action; the landlord might be required to give back all money collected. While it has always been prudent to consult a competent landlord attorney before rents are raised, emergency declarations make it all the more imperative. Finally, we call upon politicians to decouple rent caps from states of emergencies when there is no or little risk of tenants losing their housing.

Offices in San Francisco and the East Bay to best serve our clients.

For informed advice, give us a bit of detail about your case.